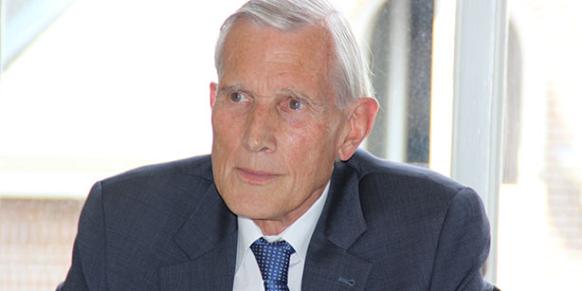 The Netherlands’ former foreign minister Bernard Bot has said that he cannot understand Turkish President Recep Tayyip Erdoğan’s hatred against the Hizmet movement, a social movement known for its cultural and educational activities.

Speaking to the Dutch daily Zaman Vandaag, Bot, who served as ambassador to Turkey between 1986 to 1989, stated that the Hizmet movement has nothing to do with terrorism and that he didn’t understand which part of the organization was dangerous, the private Cihan news agency reported on Friday.

Bot said: “I know people from the Netherlands who are affiliated with the Hizmet movement and I have discussed this topic with them. The Hizmet movement strives for good education, the well-being of humanity and future generations well. As someone looking in from the outside I don’t understand why this movement is a threat to the survival of the state.”

He continued: “(Islamic scholar) Fethullah Gülen has the right to state the misdoings of Erdoğan, as does every person in Holland. He’s [Gülen] not doing anything bad and the movement is not a terrorist movement. I don’t understand which part of it is dangerous.”

Regarding the Dec. 17 graft probe which implicated some members of the ruling Justice and Development Party (AK Party), Bot said European people are not fully aware of what is happening in Turkey.

“We hear of Erdoğan winning landslide elections right after corruption charges are brought. We see, therefore, [that] the Turkish populace is behind him. The picture isn’t always clear to us,” he said.

“As long as a country isn’t adversely affecting its neighbors you can’t interfere in their internal affairs. This is everyone’s own business. Only if the European Union resumes serious negotiation talks can there be any involvement [by other countries].” Added Bot.

With regard to the allegations of eavesdropping on Turkey by its allies such as Germany and the US, Bot said Erdoğan, just like other statesmen in the world, knows very well that countries spy on each other.

“Intelligence agencies have vested interests at this point. They even exchange information between themselves. As the NSA (the US’s National Security Agency) said, ‘If you have nothing to hide, then you have nothing to be afraid of.’ More properly put, we’ve been eavesdropping for years but this is only coming out now. As an expert in this field I can assure you everyone is listening to everyone. Whenever there is a chance, listening will take place. Everyone’s phone conversation can be listened to and saved,” Bot said.