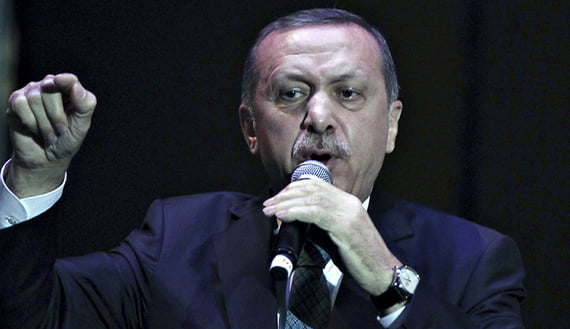 By THE EDITORIAL BOARD

Prime Minister Recep Tayyip Erdogan of Turkey got what he wanted from Sunday’s elections for mayors and other local officials — a strong vote of confidence for his Islamist-rooted Justice and Development Party and its 11 years in power.

While it’s not surprising that Mr. Erdogan would use this result to solidify his rule and undermine critics, his response — pledging to make sure his political enemies pay a price — was deeply disturbing and undemocratic.

Mr. Erdogan long ago veered from his promises to deliver reforms that would make Turkey freer. He ruthlessly cracked down on antigovernment protests last summer, and has severely constrained free speech and the press in recent years.

His postelection threats were particularly ominous, as he told thousands of supporters that his enemies will be “brought to account” and “we will enter their lair.” His own name was not on the ballot but nationwide, his party drew about 45.6 percent of the vote, a big jump over the 2009 local elections when it polled 39 percent.

The bitterly fought campaign was dominated by a power struggle between Mr. Erdogan and the Muslim cleric Fethullah Gulen, who lives in self-imposed exile in Pennsylvania and had at one time been a political ally. Mr. Erdogan now accuses Mr. Gulen of using a network of followers in the police and the judiciary to fabricate corruption allegations against him.

This kind of response, especially in an electoral context, shows how far Mr. Erdogan has departed from democratic principles that allow dissent. Shaken by the extensive corruption investigation that has embroiled him and his family, he seems eager to seek revenge against opponents, even suggesting that the inquiry is the work of foreign conspirators. He has already acted aggressively against the Gulenists, purging thousands of police officers and hundreds of prosecutors.

The election undoubtedly strengthens Mr. Erdogan’s hand to run for president later this year. Neither the Republican People’s Party, a secular party, nor any other Turkish opposition group has shown the ability to field a candidate who could mount a serious challenge.

But instead of defending himself against the corruption charges according to a legal procedure, Mr. Erdogan seems determined to crush anyone or anything who crosses him — a strategy that almost certainly guarantees more dangerous political polarization and instability in Turkey.