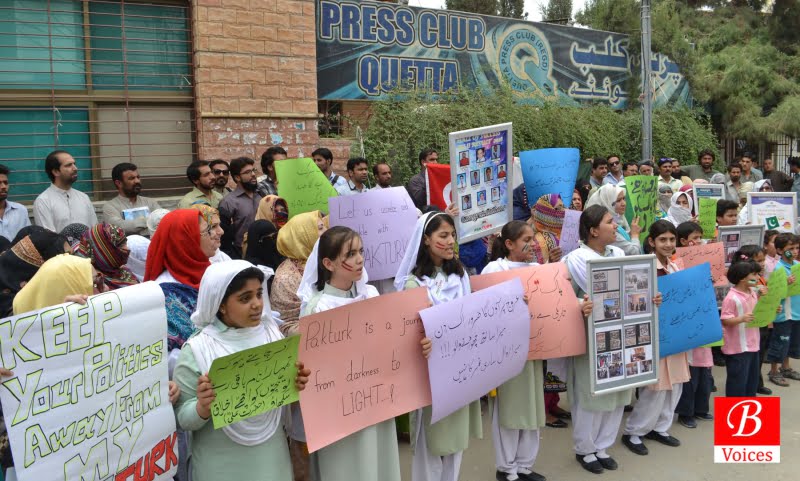 Turkish president Recep Tayyip Erdogan arrived in Pakistan on a two-day visit at the invitation of President Mamnoon Hussain. Though President Erdogan had been to Pakistan multiple times, but the latest one was his first bilateral visit to Pakistan since assuming office of the President of Turkey and especially after the failed coup attempt in July, 2016. He also addressed a joint sitting of Pakistani Parliament yesterday which was boycotted by PTI because of their strained relations with the ruling party PML-N. Several cooperation agreements and memorandums of understanding have also been signed during Erdogan’s visit. Turkish President Erdogan is an honoured guest to Pakistan this week and I hope his visit augments investment and strengthens ties between the two nations.

However, his visit has coincided with a contentious decision taken by the government here: the Pak-Turk Education Foundation’s Turkish staff and their families have been given three days to leave the country, causing the foundation’s management to move court against the orders. The Pak-Turk schools are administered by a foundation linked to Fethullah Gulen, once an ally of Mr Erdogan. However, since July’s failed coup attempt, the Turkish leadership has blamed Mr Gulen for orchestrating the overthrow attempt, resulting in a global crackdown on the religious and educational network led by him.

While the putsch attempt in Turkey may or may not have been incited by Mr Gulen, Islamabad’s capricious decision is gratuitous. There are thousands of Pakistani children who have benefited from these schools since the 1990s, and there are thousands who will now suffer if their teachers are sent home. Since Prime Minister Nawaz Sharif is very close to Erdogan he will never give thumbs down to him. Pakistani civil society has resolutely opposed the idea of closing the Pak-Turk schools on the ground that the chain is being run by Erdogan’s rival Fethullah Gulen. Finally Nawaz-government has yielded to the pressures of Erdogan government and handed over marching order to over 100 Turkish teachers and their family members.

Around 400 Turks living in Pakistan have been ordered by the Pakistani government to leave in next three days. Isn’t it deplorable that the government has to do so only to bring a radiant smile on Erdogan’s face?

There are 130 teachers in schools of Pak-Turk Education Foundation, which have been denied extension in their visas along with their family members.

While watching a short video about Turks in Pakistan posted on Facebook by a friend of mine from Pak-Turk school I came to know about how the expulsion of Turkish teachers and their families from Pakistan will drastically affect all the students at the Pak-Turk schools who have developed a special bond with their Turkish teachers and school fellows. Advocate Hafiz Arafat, whose children go to a Pak-Turk school in Islamabad, said they were concerned. “My children have been studying here for eight years. I find it astonishing that the Turkish government is alleging that the schools are involved in supporting Fethullah Gulen’s ideology… We have never witnessed anything irregular at these schools,” he said, adding that it was distressing to explain to children the politically motivated decision of deportation of teachers they have grown accustomed to over the years. One of my relatives Mr. Siddique also had his children being enrolled in the Pak-Turk school, Lahore and he told me that how aghast he has been at the news that the interior ministry had directed the Turkish staff to leave the country by November 20. In August this year, Pakistan promised Turkey’s visiting Foreign Minister Mevlut Cavusoglu that it would honour his request to look into the matter of the Pak-Turk International Schools’ alleged links with US-based cleric Gulen. Now, finding themselves in the midst of a political battle they want nothing to do with, hundreds of Turkish citizens, many of whom have lived in Pakistan since 1995, move to wrap up their lives at a few days’ notice.

“Three years ago, Turkish ambassadors were very supportive of our schools. They attended school events and are in our photo albums. Now the ambassador is obeying government orders and saying this. We [the school network] are not doing anything different from what we have been doing for 20 years. The change has come in their stance.”

He also repudiated Erdogan’s assertion that Gulen was behind the bungled coup that attempted to topple his government.

“Why would a man of 78 be interested in coming into power? He believes in democracy, human rights and freedom.”

The association’s education director in Sindh highlights schools’ valuable contribution to the Pakistani education sector and human development. “Our schools give scholarship to 30 per cent of the student body,” he says, adding that most of the scholarship students are from rural areas. “Our students represent Pakistan in Olympiads and competitions in the US, England and seven other countries.” Then he added “Anyone who understands what we are doing is happy with us.” “Pak-Turk International Schools and Colleges are extremely concerned over the abrupt decision of the government,” Pak-Turk Education Foundation Board of Directors Chairman Alamgir Khan said in a statement. When I saw my Twitter newsfeed on Wednesday it was trending with hashtags like “#WeWantOurTeachersBack” and “#DontSendMyTeacher”. Pak-Turk students have taken their campaign against expulsion of Turkish teachers to Twitter and other social networking sites. The managements of the three main branches of Pak-Turk International Schools in Karachi were hesitant to speak to journalists. An administrative official at a branch in Sheerin Jinnah Colony said they had decided to pursue a petition in the high court, so they couldn’t interact with the press. A meeting at the Sheerin Jinnah Colony branch concluded that since the upper management was taking a legal route, they would have to keep a low-profile till the matter was resolved. It is said that a pro-government educational foundation called Maarif, established about three months ago in Turkey, would take over administrative control of the schools in Pakistan as soon as the current administration left.

Despite the uncertainty, the Pak-Turk official said, the staff members were “not fearful; rather they are not ready to hand over administrative rights without a legal fight”. There is nothing impolitic with rigorous government inspection if it’s being realized that the teaching mechanism or the syllabus content is fallacious or delusive but Pakistani Government would have done well by comprehending the situation in an unruffled manner, especially because it concerned the fate of so many students who might have been worse off in other schools, given the overall state of education here.

For many Pak-Turk students, the uncertainty of not knowing what would happen to their teachers once they will land in Turkey is disconcerting. Pakistani and Turkish governments must address this issue keeping in mind the future of thousands of students. It’s sad to see how an educational institution has become victim just because someone wants to quench their lust for certain political goals through certain political endeavors. This predatory attitude of dirty politics has left so many students uncertain about their future.