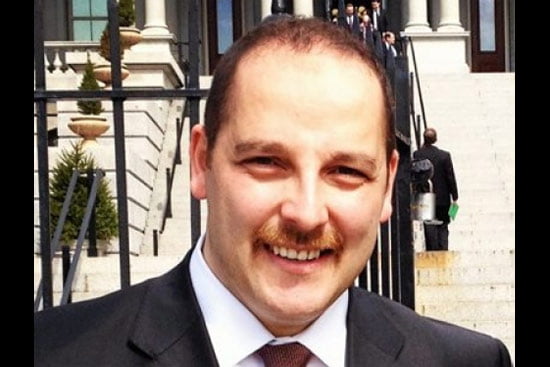 Given the variety of opinions on the subject, it is obvious that the question of what kind of relationship exists between the Gülen movement and the Justice and Development Party (AK Party) intrigues not only foreign observers of Turkey but also some Turks.

While foreign observers categorically associate the Gülen movement (aka Hizmet movement) and the AK Party with one another, most Turks see the two as natural allies in promoting democracy and liberties in the country and some marginal commentators speculate that the two pose a threat to the secular regime of the state.An article in the Economist magazine (“A Religious Revival,” Jan. 31, 2008) wrote: “Turkey’s richest Islamic fraternity is helping the AK [Party] to win more Kurdish votes. [The Gülen-admirers] distributed meat to some 60,000 families during the Muslim Feast of Sacrifice in December.” Another one (“A farm boy on the world stage,” March 6, 2008) explained, “The [Gülen-admirers] have lots in common with the ruling Justice and Development Party, and they cooperate, but their interests are not identical.” One report in the Guardian daily (“Islamic scholar voted world’s No. 1 thinker,” June 23, 2008) refers to an alliance between the AK Party and the Gülen movement: “The AKP, which is allied to Gülen, is contesting a case brought by Turkey’s chief prosecutor to shut it down and ban it from politics for allegedly … [breaching] the country’s secular constitution.”

Many Turkish intellectuals and academics point rather at the common values that bring the Gülen movement and the AK Party together. Muhammed Çetin argues that Fethullah Gülen has always favored democratic institutions and free elections while opposing the use of Islam as a political ideology and a party philosophy. Ahmet Kuru suggests that Gülen gradually brought about change in the Turkish attitude toward the European Union, which was previously perceived as a “Christian club” and a threat to Turkish national and Muslim identity. According to Nevval Sevindi, Gülen struggles to promote a democratic, pluralistic and free society. Along similar lines, Şahin Alpay contends that Gülen’s efforts to build bridges of dialogue within the society have put the religion in its rightful place and prevented the society from polarizing into believers and nonbelievers. Therefore, these and many other intellectuals have perceived the Gülen movement’s interaction with political parties, most notably with the AK Party, as an attempt to consolidate democracy in Turkey.

Deeper than it seems?

However, the controversy over the relationship between the ruling AK Party and the diffused social network, which happens to be called — for brevity — the Gülen movement, goes beyond the issue of merely exchanging opinions on policy matters and promoting democracy and liberties. Though so far has no solid evidence surfaced regarding the existence of a possibly deeper relationship between the AK Party and the Gülen movement, certain marginal groups and media commentators have frequently alleged that bureaucratic positions, especially within the judiciary and police force, are filled with “Gülen followers” and that the AK Party government has been complicit, if not instrumental, in this happening. In addition, it has been alleged that those “Gülen followers” in the judiciary and the police are behind the two most critical organized-crime operation in republican history. One is the Şemdinli case, following which a court case extended in 2005 against Chief of General Staff Gen. Yaşar Büyükanıt, then the land forces commander, for his alleged role in a plot that seemed to aim at instigating the ethnic-Kurds in Şemdinli, a southeastern province in Turkey.

The other is the Ergenekon operation, which is technically ongoing, and yet pretty much stalled due to the closure case against the AK Party. It is a police operation against the so-called “deep state,” an organized criminal network of corrupt judges, military and police officials, senior bureaucrats, diplomats, politicians and the mafia, which is believed to have perpetrated a number of political assassinations and frequently obstructed the democratization process in the country. As a matter of fact, the Şemdinli case was thought to be the first attempt to crack down on the “deep state.” Yet it was suddenly aborted and the prosecutor, Ferhat Sarıkaya, was banned from practicing law by the Supreme Board of Prosecutors and Judges (HSYK) due to his allegedly having insulted the Turkish military by opening the case. No need to mention that the same marginal groups and commentators labeled liberal prosecutor Sarıkaya a “Gülen follower” in the due process leading to the revoking of his law credentials.

The Şemdinli case is not the only one that saw its investigation and prosecution processes stalled. The investigations into the assassinations of Catholic priest Andrea Santoro, Turkish-Armenian journalist Hrant Dink and Council of State Judge M. Yücel Özbilgin have also been subject to stalling attempts through the bringing of issues related to Gülen into the picture and diverting attention from the real suspects. From the status quo protectionists’ perspective, the name “Fethullah Gülen” is certainly quite a lucrative one to exploit. Gülen has such a wide public recognition in the country that whenever his name is involved in any discussion, at least for a while, the topic shifts from the main point. As the record hitherto indicates, Gülen prefers not to get involved in such day-to-day debates and scandals and, hence, not to respond to his accusers with attacks. This makes it even more tempting for the status quo protectionists to exploit his name on every likely and unlikely occasion.

There are similarities and differences between the Gülen movement and the AK Party’s positions on various social, economic and political matters, and hence multiple ways of interpreting the relationship between the Gülen movement and the AK Party. Also, there are contextual obligations that bring the two together. On the one hand, the Gülen movement and the AK Party seem like they share a similar vision for Turkey. First of all, having bitter experiences with the status quo protectionists’ strict interpretation and practice of secularism, both the Gülen movement and the AK Party have interest in promoting participatory democracy and civil liberties at all levels, and hence in creating a vibrant civil society. According to Jill Carroll of the University of Houston, Gülen envisions a society in which freedom of thought and conscience is guaranteed, which is tolerant in matters of religious belief and practice and which allows vigorous inquiry and debate on all issues. The initial steps in search of such a society were taken in the mid-1990s by the Gülen-inspired Journalists and Writers’ Foundation’s Abant Platform, in which Turkish intellectuals from all camps (leftist, rightist, liberal, conservative and atheist) gathered together and contested their opinions. Among those intellectuals were politicians who later on took part in the formation of the AK Party. One may speculate that the “conservative democracy” discourse of the AK Party was inspired by those series of intellectual gatherings. It is hard to know for sure whether or to what extent the founders of the AK Party were inspired by the ideas presented at the platform. They may well have benefited from the Abant Platform or from the other idea platforms in the media initiated by Gülen-admirers, as these platforms have been quite active in fostering debate in the public sphere and in creating knowledge. However, one thing is certain: Today the status-quo protectionists accuse some of the government ministers and senior members of being “Gülen-followers” just because they participated in the Abant Platform and the like.

Second, both the Gülen movement and the AK Party commonly share Mustafa Kemal Atatürk’s vision of bringing Turkey up to the level of the modern civilizations, namely creating a new Turkey that is politically and economically capable of competing in the global arena. In his public speeches and writings, Gülen often notes that he had very much resented the fact that Turkey’s opinion is not regarded in any international platform. Accordingly, both the Gülen movement and the AK Party seem to agree that creating a strong Turkey regarded by other international actors is possible only through full integration with the West via EU membership and a strong alliance with the United States. At the same time, they both recognize Turkey’s potential in Central Asia, the Caucasus and the Middle East. Unlike the status quo protectionists’ one-dimensional foreign policy, which was based on an unconditional attachment to the West only, the AK Party’s multi-dimensional foreign policy is guided by the belief that Turkey can and should develop strong relations not only with the West but also with the East, the North and the South. Guided with the same belief, but long before the AK Party, the Gülen movement seems to have been working toward that goal. One can hardly deny the contribution of the Gülen-inspired Turkish schools in making Turkey a point of attraction in more than 100 countries across the globe and of the movement’s some 9,000-member Turkish Confederation of Industrialists and Businessmen (TUSKON) in boosting Turkey’s export rates in recent years. Founded in 2006, TUSKON has already brought Turkish industrialists together with their counterparts in Eurasia, the Pacific and Africa in several business summits where the parties signed billion-dollar business contracts.

* Mehmet Kalyoncu is an international relations analyst and author of the book “A Civilian Response to Ethno-Religious Conflict: The Gülen Movement in Southeast Turkey.” He can be reached at [email protected]