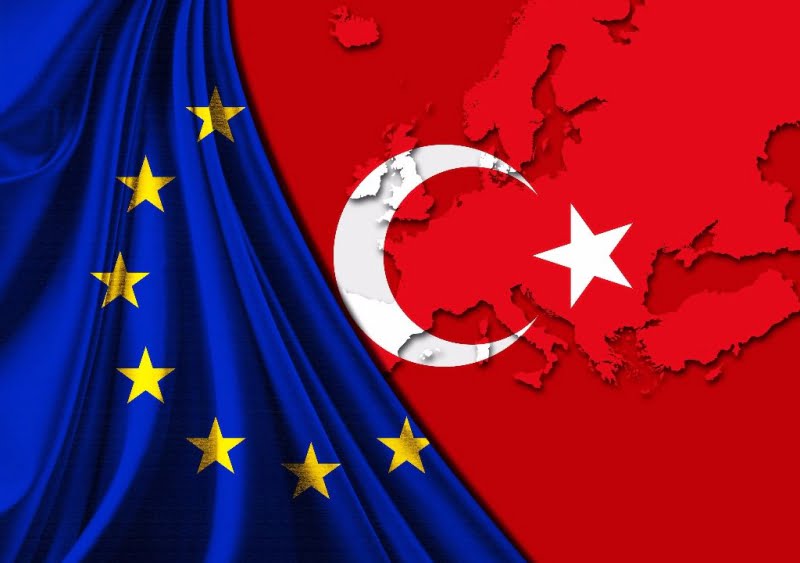 Focusing on the ruling Justice and Development Party’s (AKP) practices following a July 15 coup attempt, the report underlined concerns about 10 state of emergency decrees issued by the government.

“The decrees raise questions as to the proportionality of the measures taken and the access to and effectiveness of judicial remedies. They also affect key rights under the ECHR, in particular the right to a fair trial, the right to an effective remedy and the right to protection of property,” the report said.

“The broad scale and collective nature of these measures raised a number of very serious questions. There are serious concerns with regard to the vagueness of the criteria applied and evidence used for determining alleged links to the Gülen movement and establishing individual liability, applied in a non-transparent and indiscriminate manner, leading to a perception of ‘guilt by association’,” added the EU report.

Mentioning reports of serious human rights violations, including alleged widespread ill-treatment and torture of detainees, the EU report said: “The crackdown has continued since and has been broadened to pro-Kurdish and other opposition voices. The measures affected the whole spectrum of society, with a particular impact on the judiciary, police, gendarmerie, military, civil service, local authorities, academia, teachers, lawyers, the media and the business community.”

“As of the end of September 2016, some 40 000 people had been detained and more than 31 000 remain under arrest, including 81 journalists. 129 000 public employees remain either suspended (66 000) or have been dismissed (63 000). Over 4000 institutions and private companies were shut down, their assets seized or transferred to public institutions. Additional 10 000 civil servants were dismissed by decrees under the state of emergency at the end of October and further media outlets closed and journalists detained,” noted the report.

“While a relationship of trust and loyalty should exist between civil servants and the state and measures can be taken to ensure that, any allegation of wrongdoing should be established via transparent procedures in all individual cases and ensure the right to respect for private and family life.”

The EU further underlined that “Furthermore, any individual criminal liability must be examined with due process, full respect for the separation of powers and the full independence of the judiciary. The right of every individual to a fair trial, including through effective access to a lawyer, is a central element of the rule of law.”

Mentioning the Turkish government’s efforts against the Gülen movement even in a number of EU member states, the report said: “In this context, there are reports of members of the Turkish diaspora living in these Member States being under pressure to report on other members of these communities.”

Calling on Turkey to urgently address the recommendations of the commissioner for human rights of the Council of Europe of October 2016, the EU said, “Turkey should pay particular attention so as to ensure in all cases that basic principles governing the rule of law are not set aside, including the full respect of the presumption of innocence, the individual criminal responsibility, legal certainty, the right to defence and equality of arms.”

The EU report also put the spotlight on a purge in the judiciary and judicial independence: “In the days and weeks following the attempted coup, 3 508, i.e. one fifth of the total number of judges and prosecutors were suspended by HSYK and 3 390 subsequently dismissed. 2 386 judges and prosecutors have been detained.”

“These large-scale dismissals as well as large-scale recruitments of new judges and prosecutors raise a serious challenge to the performance and independence of the judiciary,” added the report.

Touching on the effects of the AKP’s campaign against the Gülen movement in the business environment, the EU report said, “The overall business environment continued to deteriorate due to targeted actions against critical media, business people and political opponents through the active use of the tax authority, the financial crimes unit and courts.”

The EU report noted that following the failed coup attempt of July 15 and under the state of emergency rule, this type of state intervention has become more widespread.

“Several private companies, private foundations and universities were seized on the basis of alleged links with the Gülen movement.”

“Allegations of wrongdoings by individual companies need to be subject to due process with respect for the separation of powers and the independence of the judiciary. Abstaining from politically motivated expropriation of private assets by court decisions, including independent media, would help restore investors’ confidence,” underlined the report.

24 April 2012 / TODAY’S ZAMAN, İSTANBUL The Journalists and Writers Foundation released a statement on Tuesday in response to various allegations circulating in the media that Fethullah Gülen, a well-respected Turkish Islamic scholar, supported the Feb. 28, 1997 unarmed intervention, dismissing such claims as a major distortion of the truth. The statement, posted on […]