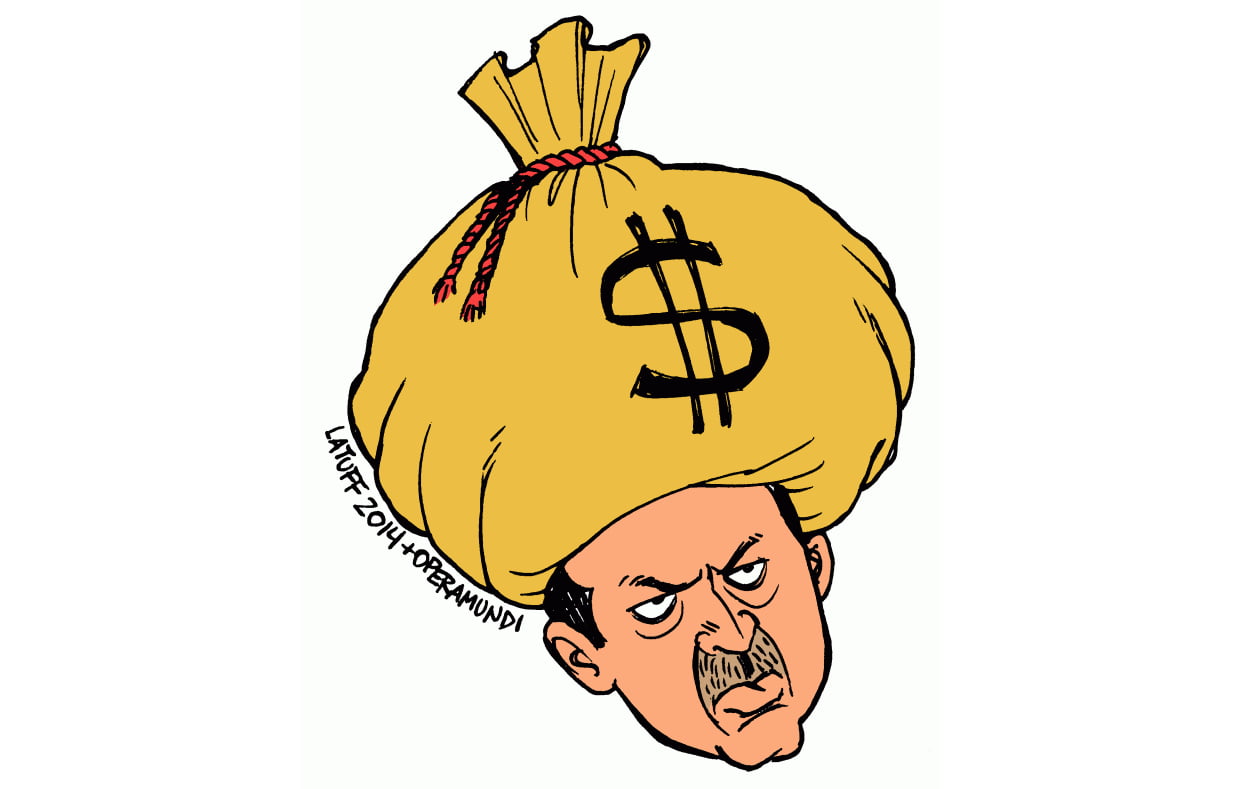 The differences between the Gulenists and the state, especially with President Recep Tayyip Erdogan’s Justice and Development Party (AKP), first burst into the open in December 2013 when alleged Hizmet-linked judiciary officials ordered the arrest on corruption-related charges of 52 people suspected of ties to the AKP, Erdogan, and members of his family. The government retaliated by sacking scores of judicial, prosecutorial, and police officials allegedly tied to Hizmet. The conflict escalated from there.

Although the western media to date has been focused on the human-rights, political, and security implications of the purge, relatively little attention has been paid to the financial repercussions, notably the huge windfalls the state and AKP-associated companies stand to gain from the carving up of alleged Gulenist-linked enterprises. Indeed, the purge of suspected Hizmet followers and sympathizers has spread to an array of companies also thought to have ties with Hizmet.

This was presaged by the travails of Bank Asya, long considered the principal banking arm of the Gulenist movement. Already in 2014, as the conflict between the government and Hizmet escalated, the bank’s depositors, notably state-owned firms, withdrew $1.7 billion from their accounts, an estimated 20 percent of the bank’s total deposits. As a result, the bank was taken over in February 2015 by the Banking Regulation and Supervision Agency (BDDK), which then handed it to the Savings Deposit Insurance Fund (TMSF) that is responsible for managing troubled financial institutions.

On May 29—that is, one-and-a-half months before the attempted coup and just one week before the June 7 parliamentary elections—the state took over Bank Asya on the grounds that it was a vehicle for Hizmet’s global activities. On the same day as the election, the state assigned Ziraat Bank, another state bank, to manage Asya’s Islamic banking business.

Since the coup attempt, the state has moved more aggressively against Hizmet properties. Earlier this month, Environment and Urban Planning Minister Mehmet Ozhaseki announced that 4,410 Hizmet properties, schools, and real estate had been nationalized by decree under the new Emergency State Law (OHAL) imposed after the coup attempt. Ozhaseki estimated their total value at $4.9 billion.

Ozhaseki said that the government had seized an additional 1,176 properties based on other grounds. He also noted there were another “155,000 transactions concerning the sale and transfer of [Hizmet] real estate.”

But Akin Ipek, the CEO of Koza Ipek Holding, one of the concerned companies, claimed that Ozhaseki’s figures significantly understated the total value of the seized assets. Just 18 of the group’s confiscated companies, he said, were worth “over $10 billion.” Other spokespersons, apparently affiliated with Hizmet, said confiscations had actually begun in 2013.

Meanwhile, TMSF President Shakir Ercan Gul announced in mid-October that 252 Hizmet companies had been confiscated by the state.

According to Zulfikar Dogan, writing in Al-Monitor,

The combined value of the TMSF receivership is estimated at $13 billion at a minimum. The National Intelligence Organization [MIT] and the Financial Crimes Investigation Board believe that the Gulen community controls assets in Turkey and abroad worth $100 billion. Following the May seizure of Bank Asya, known as a Gulenist bank, Gulen couriers carried money from other enterprises and personal accounts abroad in suitcases, according to the intelligences services. Since July 15, $20 billion is said to have been smuggled abroad through such clandestine operations.

With these company seizures, the state has become Turkey’s largest conglomerate, controlling more enterprises than Koc and Sabanci, the country’s world-caliber business empires. The TMSF has said that it will either dissolve or sell off the businesses, depending on their financial situation. The proceeds will go into the state’s coffers.

It’s probable that many of the confiscated companies could end up in the hands of entrepreneurs close to the AKP. This eventuality would consolidate further the party’s financial position and strengthen its chances of obtaining a majority government in the planned April election and thus ensure ratification of a constitutional amendment to install an executive-presidential system strengthening Erdogan’s rule.

If the MIT’s estimates are correct and a substantial portion of the remaining $80 billion in assets is based in Turkey and thus subject to seizure, the state would indeed receive a considerable windfall that could be used to help Turkey bolster the weakening lira and enable Erdogan to pursue polices he deems best suited to further expand Turkey’s geopolitical ambitions in Syria and Iraq.

Robert Olson is Professor of Middle East history and politics at the University of Kentucky (Emeritus). He is the author of ten books of various aspects of Middle East history and politics. His major books are: The Siege of Mosul and Ottoman- Persian Relations: 1718-1743; The Emergence of Kurdish Nationalism and the Sheikh Said Rebellion: 1880-1925; Turkey’s Relations with Iran, 1979-2004;The Kurdish Question and Turkish-Iranian Relations:From World I to 2000; Blood, Beliefs and Ballots: The Management of Kurdish Nationalism in Turkey, 2007-2000; The Kurdish Nationalist Movements in Turkey: 1980-2011; The Goat and the Butcher: Nationalism and State Formation in Kurdistan-Iraq since the Iraqi War War. He is the author of 75 referred research articles and 60 edited research articles. He was distinguished Professor of the University of Kentucky in 2000. He is married and lives in Lexington, Kentucky.