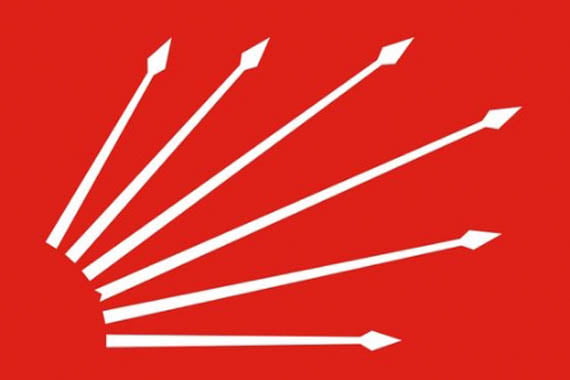 The question was directed at Minister of the Interior Efkan Ala and submitted by CHP Deputy Chairman Sezgin Tanrıkulu.

The question concerns a written order sent on June 25 by the National Police Department counterterrorism unit (TEM) to police departments in 30 provinces asking police to carry out a comprehensive and secret probe to see if the Hizmet movement is an armed group.

Tanrıkulu asked if media reports that suggest the TEM sent out an “action plan” against the Hizmet movement are indeed correct. “If yes, on what legal bases does the said plan stand?” he asked.

Tanrıkulu also asked Ala whether claims that the TEM asked police departments in 30 provinces to profile all students attending schools, dormitories and preparatory schools owned by Hizmet are true.

“Is there truth to the claims that the TEM order also asked for the police to gather intelligence about Hizmet’s members, media organs, civil society groups, private schools, student dormitories, exam preparation schools, companies, foundations and associations affiliated with Hizmet?” the CHP deputy chairman went on to ask, adding “What criminal evidence have you discovered so far as part of the ongoing investigation?”

The TEM order, in addition, instructed officials at police departments in the 30 provinces to contribute to an ongoing investigation launched against the Hizmet movement by the Anti-constitutional Crimes Investigation Bureau at the Chief Prosecutor’s Office in Ankara.

Tanrıkulu also noted that officials asked police to investigate members of Hizmet in their provinces in order to see if they have the strength to overthrow the government or abolish the Constitution if they happen to have any armed power.

Furthermore, the unlawful order also asked police departments to carry out a probe to see if the Hizmet movement had any role in certain assassinations that shook Turkey in recent years, including the murder of Turkish-Armenian journalist Hrant Dink in 2007, the murder of Catholic priest Father Andrea Santoro in 2006, an attack on the Council of State in 2006 (in which a senior judge was killed), the murder of three Christian missionaries at a bookstore in Malatya in 2007 and the killing of Jewish businessman Üzeyir Garih, who was found murdered in a Muslim cemetery in İstanbul in 2001.

In connection with those criminal acts, TEM head Turgut Aslan asked police to search locations belonging to members of the Hizmet movement to see if they possess any documents related to the assassinations. If they discover any such records, Aslan noted in his order that the documents should immediately be sent to the National Police Department.

Tanrıkulu, commenting on his parliamentary question, said the purpose of the action plan against the Hizmet movement is to create an atmosphere of fear in the country. “[The AK Party government] wants to profile every citizen. In addition, they want to force Hizmet members to appear in court as suspects on terrorism charges, and, for this to happen, they want the police to fabricate evidence against those innocent members,” he stated.

CHP Deputy Chairman Aytun Çıray also commented on his parliamentary question concerning the anti-Hizmet plot, which he described as a “trap” laid by the AK Party government against the country’s citizens. He said the main opposition CHP will closely follow developments related to the notorious plot. “The prime minister will be called to account one day for resorting to anti-democratic methods,” he vowed.

CHP parliamentary group deputy chairman Engin Altay, while commenting on the anti-Hizmet plot, characterized Prime Minister Recep Tayyip Erdoğan as the “power” behind the plot and said the prime minister is using state resources for his personal hatred and grudge against a certain group of people, referring to Hizmet. “The said plot is unlawful. Whoever puts it into practice is committing a crime, and they will be called to account for their crimes sooner or later,” Altay added.

According to Altay, such an unlawful plot, which targets a civil society organization, can only be devised in dictatorial regimes. “I doubt the humanity of [the officials] behind this plot,” he said.

Since a major graft operation became public on Dec. 17 of last year, Prime Minister Recep Tayyip Erdoğan, who is also the AK Party leader, has continuously referred to Hizmet as a terrorist organization that, acting on the orders of foreign powers, is trying to stage a coup against him. He has even likened Hizmet volunteers to hashish-consuming assassins. He has not yet provided any evidence for his claims and accusations.

The prime minister has also complained that the graft investigation was orchestrated by the Hizmet movement and vowed to respond with a counter-operation after the March 30 municipal elections.

Nationalist Movement Party (MHP) deputy Kemalettin Yılmaz said justice has been shelved in Turkey under AK Party rule. “They first accuse people and then work to find evidence to prove their guilt. All these efforts are aimed at acquitting themselves of accusations leveled at them after the corruption investigations of Dec. 17 and 25, 2013,” the deputy noted.

Kayseri Bar Association Chairman Fevzi Konaç said the plot to unlawfully investigate members of the Hizmet movement and target those members for fictitious accusations is highly reminiscent of a number of unlawful practices of the Feb. 28, 1997 coup period.

A witness of the Feb. 28 period, Konaç said many innocent people were victimized through fabricated documents and evidence, some media organs were used to distort the facts, civil society organizations were manipulated and members or followers of certain ideological groups were targeted on fictitious accusations — which he said is currently happening against the Hizmet movement.

According to Konaç, if there are criminals inside the Hizmet movement, they should be found and punished, but crimes committed by certain people cannot be attributed to an entire community. “Putting the guilt of a single person on an entire community is neither humane nor lawful,” he added.

However, said Yılmaz, the officials who have been carrying out a “witch hunt” against Hizmet and its members will pay for their unlawful practices some day. He also said he was stunned to learn that the anti-Hizmet plot was seeking to accuse members of the Hizmet movement of terrorism. “I do not believe that this movement is an armed group. I am not a member [of Hizmet] but I have friends who are members. I know this movement very well. How can you associate people who do not have weapons with unsolved murders and terrorism?” Yılmaz asked.

For Amasya Bar Association head Melik Derindere, a government-sponsored plan to undermine a civil society group using members of the judiciary and the police force to this end is aimed at “eroding justice” in the country. “[Government members] should not forget that all of us will need justice one day,” he stated.