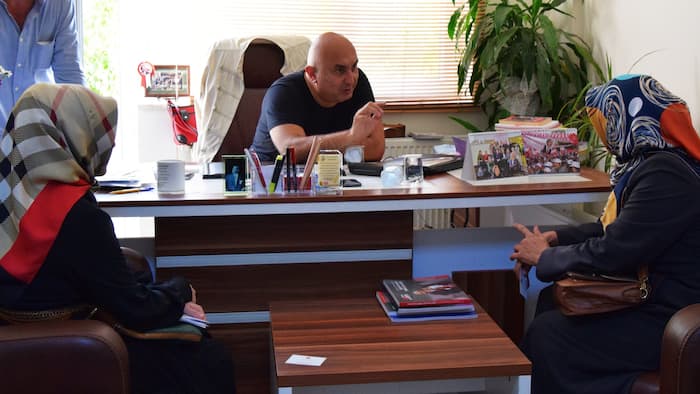 Engin Ozkoc, an MP with the opposition Republican People's party, meets constituents who have lost their jobs in the purge

The teacher, who asked not to be named, insists she had nothing to do with the coup attempt that rocked Turkey three months ago. But a few weeks after her suspension — without any hearing or trial — she was formally dismissed by a public decree that accused her and thousands of others of colluding with the plotters.

More than 100,000 people have been arrested, suspended or sacked since the failed putsch using emergency powers that were last week extended for a further three months. The impact has shuddered through communities such as Adapazari, the largest town in Turkey’s western Sakarya province, creating new divisions in a society already marred by polarisation and mistrust.

For the teacher, who has resorted to taking antidepressants, the episode has left her confused, angry and isolated. “I feel so alone,” she says.

Recep Tayyip Erdogan, Turkey’s president, blames Fethullah Gulen, an exiled Islamic cleric, for masterminding the plot that resulted in the death of 270 people — a claim he denies. Following the coup he launched a crackdown to cleanse Turkey’s state machinery and public institutions of Gulenist supporters.

But after a brief period of post-putsch unity, a growing number of opposition figures are now warning that the purge is going too farand is wreaking havoc on Turkish society. A commission set up by the secularist Republican People’s party (CHP) has been contacted by 35,000 people who claim that they have been wrongfully tainted.