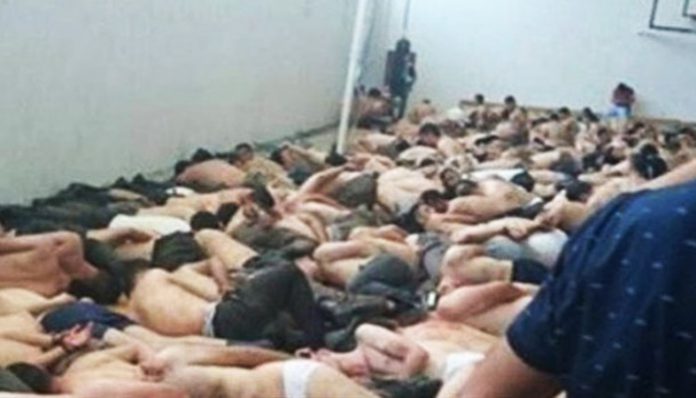 The main opposition party leader has said Turkey will pay a big price and an enormous amount of compensation for gross human rights violations caused by government decrees issued during a state of emergency declared after an abortive coup.

Republican People’s Party (CHP) leader Kemal Kılıçdaroğlu voiced criticism of the Justice and Development Party (AKP) government for ruling the country by decree, which he said has victimized nearly a million people, causing agony and problems for ordinary citizens.

He underlined that the CHP is against emergency rule, the main cause of the suffering and human rights violations.

“They take the suspect hostage, and even regard his wife as a criminal. In addition, a large payment is demanded for legal representation of the detainees,” he said on Saturday. Most of them cannot afford to pay such money to lawyers, he added.

His comment came amid claims that most lawyers refuse to represent people who have been arrested in the post-coup crackdown or over ties to the Gülen movement, adding that those attorneys who are willing to represent the detainees ask too much money for their services.

“If you collectively punish large segments of society for the coup attempt, instead of investigating only the coup plotters, it will inflict deep wounds in the society,” the CHP leader said.

He said some members of Eğitim-Sen, a union that represents the rights of teachers working for the Education Ministry, have either been suspended or dismissed. Kılıçdaroğlu argued that union membership is not a crime and warned that Turkey will be fined huge amounts of money when the those dismissed apply to the European Court of Human Rights.

He also compared the latest coup attempt and how the government handled the aftermath with previous coups he experienced. “I saw the March 12 [1971] and Sept. 12 [1980] coups, but I never saw such a picture like today. If journalists and writers are jailed, if university professors are dismissed, the impression of a counter-coup having taken place could take hold [among the people],” he said.

He also mentioned the health problems of some detainees, referring to veteran journalists, and said they were being denied access to their medications. “For what reason have you jailed these people?” he asked.

“They were detained before Eid al-Adha and were kept in custody during the holy Feast of the Sacrifice. It means the state [government] is taking revenge. This is not combatting the coup. The number of jailed journalists has now surpassed 110,” he said in sharp criticism of the government’s crackdown on the media.

The suffering of the families of the arrestees was also on the CHP leader’s agenda.

“You fire a man from his job, send him to prison, expel him from public housing, and when his wife wants to rent an apartment, nobody agrees to rent to her. And they also say, ‘We dismissed them and they will not able to work again with insurance.’ What will these people do? Should they take up arms and go to the mountains?” he asked.

More than 100,000 public officials have been dismissed since July 15, while 70,000 people were detained over alleged ties to the abortive coup. Justice Minister Bekir Bozdağ said last week that 32,000 people have been jailed pending trial.

Tens of thousands of Gülen sympathizers now face daunting challenges in daily life as the government has unleashed an unrelenting crackdown, denying jobs and basic services to them. Thanks to the government-led hate campaign, AKP loyalists launch sporadic attacks against Gülen sympathizers, while private employers refuse to give them jobs.

The CHP leader said he will be the voice of the victims and the oppressed amid ongoing gross human rights violations.