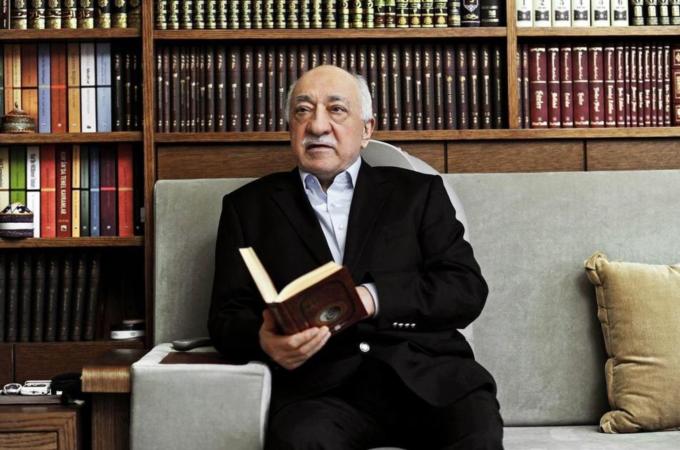 Turkish PM’s intention to seek rival’s extradition from the US reeks of Machiavellianism.

Turkish Prime Minister Recep Tayyip Erdogan’s actions for the last two years suggest that he is taking a “Hobbesian-Machiavellian” approach to achieve his desired aims. He routinely comes up with baseless accusations against other people, groups and countries – for instance, his ceaseless demonising of both the West and Fethullah Gulen, a political rival whom he portrays as a puppet of the West.

Erdogan’s staunchest supporters claim he’s the soon-to-be leader of the Muslim world and that his critics in the West are jealous of him. During the Gezi Park protests, a columnist for Star newspaper, Yigit Bulut, alleged that even Lufthansa Airlines was behind the demonstrations, as it was jealous of Turkish Airlines and wanted to prevent the construction of Istanbul’s third airport. The German air carrier issued a denial.

In an unrelated but equally outlandish claim, Bulut predicted that dark foreign powers were trying to kill the Turkish prime minister through telekinesis. A few weeks after these remarks, Erdogan appointed Bulut as his chief adviser.

During the Gezi Park protests, media outlets supportive of Erdogan, such as Aksam, Yeni Safak, Akit, Sabah and Star dailies, and several TV stations, tried to convince people that the demonstrations were in fact an attempted coup by the youth, who were puppets of international dark forces, including the Jewish diaspora.

However ludicrous such claims may sound to rational ears, Erdogan was successful in winning over his voters by means of all Althusserian ideological apparatuses of the state, such as media, schools and even religion. According to the polls, the AKP’s votes stood firm at 50 percent just a few weeks after the Gezi Park protests.

When a corruption scandal implicating four of his ministers was exposed by the media on December 17, 2013, Erdogan wasted no time in resorting to his tried, tested and true tactic: He instantly blamed foreign dark forces.

In one of his rallies in the eastern Black Sea region, he even denounced foreign powers like the US and Israel, for being behind a “coup attempt” against him.

This time though, Erdogan is being dogged by another supposed Western puppet: the Hizmet movement.

In an April 29 interview with PBS’ Charlie Rose, the Turkish prime minister said that he would ask for the extradition of Fethullah Gulen from the US. By mentioning this, he would have his voters believe that Gulen is a criminal protected and supported by the US.

Whatever the US response to this extradition request, it will be used by Erdogan profitably. An authoritarian Hobbesian ruler who views himself as above the law, he thinks he can simply demand the extradition of a political rival from a democratic country without a judicial case against him.

A few weeks ago, Erdogan asked the gathered crowd to bring him any evidence and documents that they might have against the Hizmet movement. One of his party’s deputies stated on a TV programme that the evidence was in the process of being “prepared”.

Erdogan’s anti-Western victimhood tactics always produce effective results from the rural, uneducated, conservative and nationalist voters whom the AKP has mainly been addressing. These voters generally do not read newspapers that are critical of the AKP and the main TV channels were not able to broadcast the corruption allegations against the four ministers. This information was mainly disseminated via social media, but then again, the overwhelming majority of AKP voters do not use social media.

To win over the hearts and minds of his voters in his ongoing psychological war campaign, Erdogan may have to ask his bureaucrats to fabricate some evidence against Gulen. This will, of course, not work as far as the judicial authorities, both Turkish and US, are concerned. However, it will buy him some time until the presidential elections on August 10. Then, he can easily say that all these Turkish judges and prosecutors who did not convict Gulen are part of the “parallel state” and the US authorities did not extradite Gulen because he is a US puppet.

Erdogan knows that many of his voters do not read newspapers that are critical of him; that a slim percentage of them use social media and that they mainly watch TV, most of which are under Erdogan’s direct or indirect control. Hizmet Movement’s media outlets had once upon a time been influential among his conservative voters. But since he has demonised them, most of his voters do not trust them and are ready to believe whatever Erdogan tells them.

Indeed, while his propensity for spinning fantastical tales may assure him the loyalty of his followers, perhaps Erdogan may also give rise to a new political paradigm, that of Machiavellan magical realism.

Ihsan Yilmaz is Associate Professor of Political and Social Sciences at Fatih University, Istanbul. He is also a columnist for Today’s Zaman.

The views expressed in this article are the author’s own and do not necessarily reflect Al Jazeera’s editorial policy.