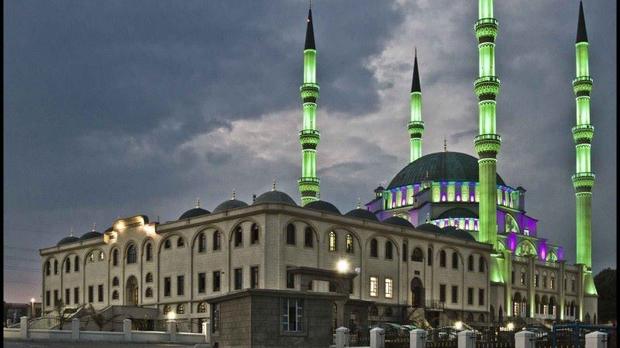 Johannesburg – “Yesterday we were sitting together, today they call us terrorists. Immediately overnight they changed.”

A conspicuously distressed Turkish national uttered these words during an interview with The Star at the Nizamiye Mosque Complex in Midrand.

Asking for anonymity, fearing reprisals, the executive from the Horizon Education Trust was referring to the growing animosity between a majority of members of the Turkish community in South Africa and their embassy.

The Horizon Education Trust, which runs Turkish schools in South Africa, is aligned to the Gülen movement. Started in 1960 by Fethullah Gülen, who is currently exiled in the US, the movement boasts a network of NGOs, schools and businesses.

Turkish President Recep Tayyip Erdoğan’s regime has accused this transnational, philosophy-based movement of attempting to dethrone him from power through a violent coup d’etat two years ago.

The Gülen movement has repeatedly denied it was behind the attempted coup that claimed about 250 lives and left over 2 000 people injured.

Elif Çomolu Ülgen, Turkey’s ambassador to South Africa, told The Star that members of the movement were terrorists. Ülgen refused to reply to questions, opting only to offer a statement.

“This group is not an innocent civil society group or a religious group. They are, unfortunately, a terrorist group.

“They are working through schools and other business structures in more than 150 countries around the world,” she said.

However, the Horizon Education Trust official and a fellow Turk working for the Universal Rights Association rejected this as propaganda meant to besmirch expatriate Turks believed to be linked to the Gülen movement.

“They know we’re not terrorists. But it’s very easy for them to name us that,” said the education trust executive.

He said their schools used to enjoy a cordial relationship with the embassy. “They were also participating in our activities as an NGO. Ambassadors came to this mosque many times when we invited them.

“They were supporting us and we also supported them when they had programmes. We didn’t have problems.”

The Universal Rights Association activist said the embassy’s attitude towards many Turkish schools, NGOs and businesses operating in South Africa had changed suddenly.

“Before the coup attempt they (embassy) changed their policies. They wanted our institutions to become like a propaganda centre for them.

“We told them we’re NGOs, we can’t accept that. We’re not here to promote Turkey or Turkish nationalism, but education by dialogue and peace.

“Because they can see we’re active in 160 countries, in most countries they didn’t even have embassies, so they wanted to use us.

“They threatened us that, ‘if you guys don’t support us and become part of our agenda, we’re going to present your group as terrorists in the world and we’ll finish you’.”

Ülgen, on the other hand, said the Gülen movement was a terrorist organisation with a stronghold in South Africa. “(The country) has unfortunately kind of provided a safe haven for those people who are running away from the legal procedures in Turkey. There is a political dialogue ongoing with Turkey and South Africa about their presence and their structures (in the country).”

The Erdoğan regime has admitted to abducting 80 Turks allegedly linked to the Gülen movement from 18 countries. “Wherever they are, we will package them up and bring them (to Turkey), God willing,” Erdoğan recently told the media.

Ndivhuwo Mabaya, spokesperson for the Department of International Relations and Co-operation, said: “As government, we can’t comment on speculation. Unless you’re saying there are Turkish citizens who are being abducted (from South Africa), that’s something else.”

Amnesty International’s Southern African spokesperson Robert Shivambu has urged the Erdoğan regime to respect human rights. “People should be allowed to express themselves.”