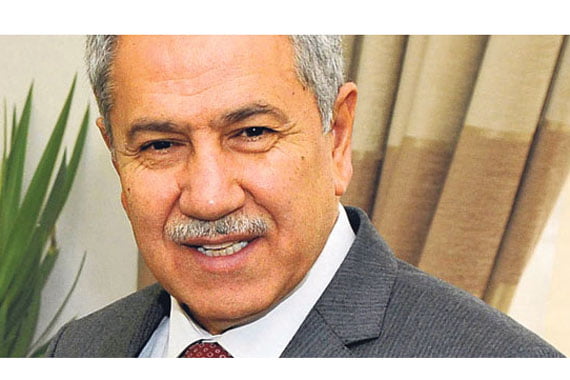 Deputy Prime Minister Bülent Arınç on Monday said the image of a fight between his Justice and Development Party (AK Party) government and Hizmet movement is very ugly, adding that the government has never wanted to reach such a point.
Speaking on a program on Habertürk TV, he said: “If there are problems, we can discuss them within the criteria set by Mr. [Fethullah] Gülen.”

Currently, there is a lot of discussion on social media and among some media circles about an alleged and growing tension between the Hizmet movement, inspired by Turkish-Islamic scholar Fethullah Gülen, and the government.

Earlier this month, the Journalists and Writers Foundation (GYV) responded to a series of controversial claims and slanderous accusations made about the Hizmet movement that the foundation said are designed to pit the government against the movement and create tension between the two.

The GYV listed a total of 11 widespread allegations against the movement and gave responses to each of them.

When asked about the GYV’s statement, Arınç said it is not right to discuss such issues on TV or via the press.

“Whenever there is a need to talk, we, our prime minister, ministers could welcome individuals representing the movement in our houses or offices and talk to one another. There have been such meetings recently. For me, the movement is very valuable and they do valuable service. It is not a political institution, but they do important service for the nation’s future in a wide array of fields from education to healthcare. They boost Turkey’s prestige in the international area,” he said.

When asked about claims that individuals close to the Hizmet movement are eliminated from public offices by the government, Arınç said such claims are unacceptable.