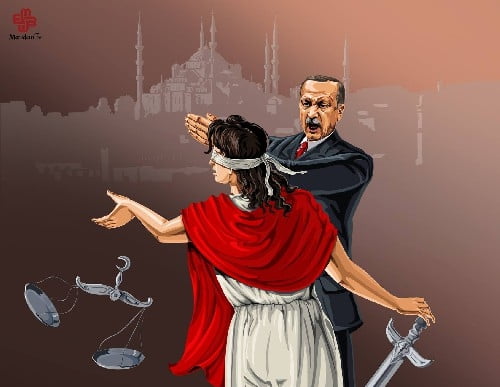 Prime Minister Juha Sipilä and Foreign Minister Timo Soini are urging Turkey to return to a path of democracy that respects human rights.

Sipilä and Soini wrote a letter to Turkish President Recep Tayyip Erdogan and the Turkish government in response to the prompt by the Finnish Union of Journalists (UFJ), which sent them a letter last week asking that the ministers express their concerns regarding the state of Turkey’s freedom of speech and press freedom — both have been greatly curbed in the post-coup attempt fallout.

UJF President Hanne Aho and UJF Ombudsman Juha Rekola urged Sipilä and Soini to put pressure on the Turkish government to end the attacks on freedom of expression and of the press.

“Finland must hold President Erdogan and the Turkish government accountable for compliance with international agreements on human rights, including freedom of expression and trade union rights. Finland must not remain silent when independent media in Turkey is being silenced,” wrote Aho and Rekola.

In response, Sipilä and Soini have sent a letter to the Turkish government.

“Finland has, like other EU countries, clearly and quickly condemned the attempted coup in Turkey, as well as the subsequent violence and emphasized that the democratically-elected government in Turkey should not be superceded. At the same time, Finland and the EU countries have emphasized to Turkey’s leadership that it should not resort to extreme measures in the aftermath of the attempted coup,” wrote Sipilä and Soini in the letter.

Soini and Sipilä also noted that in meetings with Turkey Finland has stressed the importance of press freedom and freedom of speech:

“In a phone conversation with the Foreign Minister of Turkey on August 3, Finland’s Foreign Minister Timo Soini emphasized the importance of democracy and press freedom, and highlighted that in the aftermath of the failed coup there was reason to pay extra attention to these two areas.”

Tens of thousands of people have been rounded up and imprisoned after the attempted coup in Turkey in mid-July. The purges have included government and university employees.  Following the coup attempt, the Turkish government declared a state of emergency and temporarily suspended its adherence to the European Human Rights Convention – an international treaty ratified by Turkey.