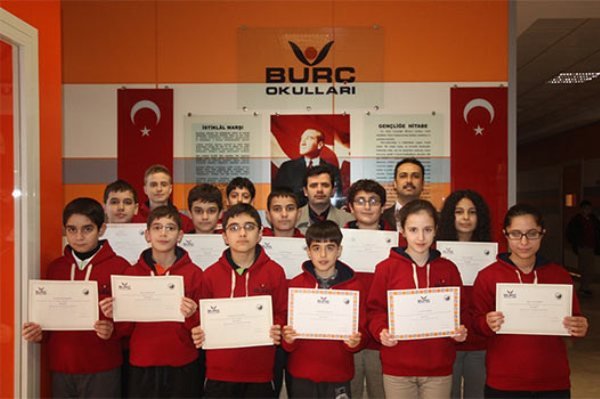 “AMC 8 held by Mathematical Association of America in 86 countries is participated by the most prestigious schools around the world. We feel the proper pride of representing Turkey at an international contest of this extent. I would like to congratulate our teachers, students and parents for their remarkable achievement. We are competing with the world on behalf of our beloved city Adana and Turkey.” the schools’ general manager, Sultan Sozeri, said.

Likewise, the schools’ olympiad coordinator, Emrah Turkmen, conveyed his feelings: “I feel happy to be with students who will represent our country in the best way they can do in the future. At the heart of this achievement lie their dreams.”