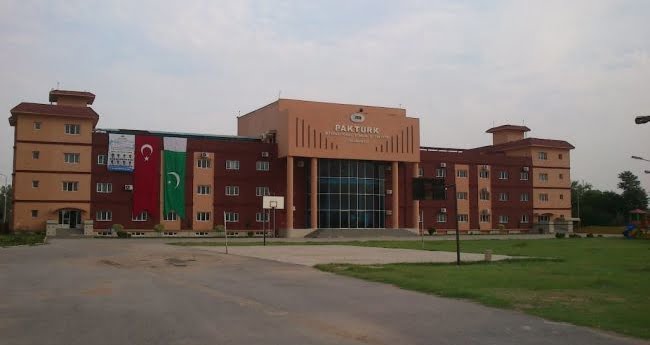 ISLAMABAD (Web Desk) – Paving the way for a drastic shuffle in Pak-Turk schools, as many as 28 principles of the schools have been removed from their posts having Turkish nationality. Moreover, Board of Directors have also been dissolved in a latest move.

The decision to reorganize the network of schools run by Gulen supporters came after Erdogan administration pushed Pakistan to take action against the network as Turkey considers Fethullah Gulen behind the botched coup and consequently wants an end to promotion of Gulen ideology.

A source in the federal government told Dawn that the Turkish government had suggested handing over of the chain to an international NGO having links with the Erdogan administration.

Last week, during an official visit to Islamabad, Turkish Foreign Minister, Mevlut Cavusoglu, stressed the chain of ‘Gulen-run’ schools in Pakistan should be shut down. The latest move is perceived as Pakistan’s reply to the request.

On the other hand, Islamabad-Parents Teacher Association of Pak-Turk School on Tuesday held a press conference to address the concerns of parents over news reports regarding closure and transfer of the schools.

The press conference was headed by Hafiz SA Rehman, one of the parents besides being a senior lawyer of Supreme Court of Pakistan conducting and pleading as counsel the case of Pak-Turk institution in Islamabad High Court.

Hafiz SA Rehman on behalf of all the school management, parents and students said, “Our sympathies and good wishes go in the best interest of Turkey. But we are also extremely disturbed by attempts by certain segments to impute political and even terrorist linkages with the Pak-Turk schools that are capable of stigmatizing and jeopardizing our children as students and us as parents” SA Rehman said according to The Nation.