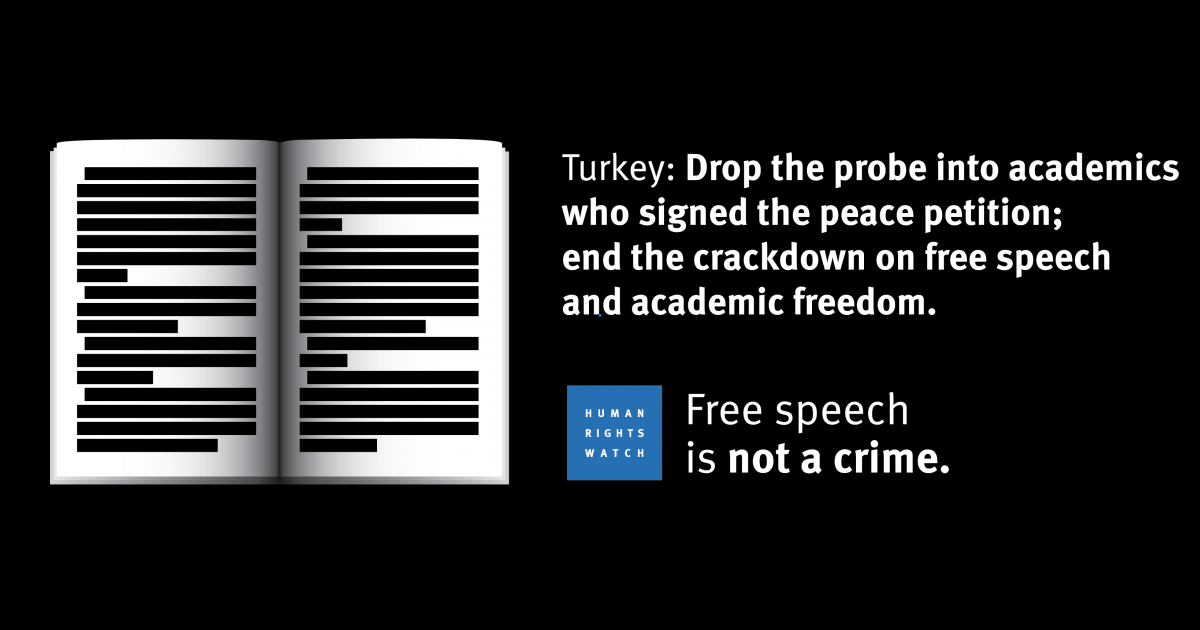 As the massive crackdown on critics was in full-swing across Turkey, we did not rule out that our father could be the next victim. But it was unbearable, overwhelming grief when I saw my handcuffed father, an academic for 30 years, escorted to a prison.

It was not surprising that the military coup attempt on July 15 unleashed a tremendous purge of academics, journalists, teachers, doctors and even soccer referees. We suspected that police could one day stop by our house in Sakarya, a city east of Istanbul, and take my father into custody.

On Saturday morning, my husband started receiving many calls as we were having a breakfast. Speaking discreetly on the phone, I suspected that something was wrong. Then he told me that his father-in-law was under custody for more than a week now and that he was arrested moments ago. The intense grief filled the room. The man, who had always been my role model in my professional journey, was now imprisoned for refusing to bow to the government. Cinematic scenes of the ordeal my father was about to go through in the prison rolled before my eyes.

My father is only one of hundreds of academics sacked or detained in the past 20 days and more is expected to come. Ever since the coup attempt, tens of thousands of people have lost their jobs on charges of being “Gülenists” and coup plotters. The EU said the lists of those who were purged after the coup seem to be well-planned way before the coup. This troublesome process has affected thousands of lives, and of course thousands of families.

I belong to one of those families, who have lost their jobs and ultimately their freedom, based on an allegation that we even do not know. The trial, of course, will definitely not be a fair one.

Searched, Rounded Up and Arrested

My father, who has been an academic for 30 years and has worked in the same university for the past 16 years, was detained two weeks after the attempted coup. His office and house were searched until even the last draw was not left unturned. His telephone and personal computers were confiscated and he lost his academic position that he had worked day and night to earn for three decades.

My father was rounded up along with 27 of his colleagues. During his interrogation he was not allowed to have a lawyer, a common practice across the country as at least 20,000 people were detained in the post-coup crackdown.

I cannot even imagine how the interrogation took place without a lawyer and what conditions he was forced to give a statement. There is no witness as to what questions were asked and under what physical and mental conditions he had to answer them.

My family could not see him during the ten days he was detained. We have no idea if he was subject to any harsh treatment. There is almost no way we can contact him. Under Turkey’s draconian state-of-emergency rule, suspects could be detained up to 30 days without any charges. The Constitution and theEuropean Convention of Human Rights were suspended for three months. The law is what governor of each province decides.

After spending ten days in a jail, the academics, including my father, were brought before the court. The court decided to arrest 24 of them pending trial.

None of the families was allowed to be in the courtroom. They had to camp outside the courtroom all night to have a seconds-long chance to see their handcuffed family members escorted from the courtroom to the prison. The most painful moment was when I saw in the news that 14 militants linked to ISIS, from whom the police captured AK-47s, were released on the same day. Turkey now views my father and his colleagues more dangerous than Kalashnikov-wielding ISIS militants.

Initially, three of four judges overseeing the cases ruled that the academics should be released because there was no substantial evidence to put them behind bars. In a single day, all three judges were dismissed and loyalist ones were appointed. The judges, of course, ruled that the academics should go to the prison. This episode is a clear indication that I should not expect a fair trial for my father and hundreds of others who were shackled because of what they thought and wrote.

The dismissal of judges is also a chilling message to other members of the judiciary that their career is at stake if they don’t hand out sentences in line with government wishes. My father’s lawyer was told that the investigations are confidential and that he cannot know what charges my father is accused of. No observer, family member or even the suspects themselves are allowed in the courtroom. Judges, prosecutors and lawyers will decide on the fate of my father and his colleagues, whose only guilt was to read, research, write and teach. And a lawyer “defending” my father is appointed by the state, who had absolutely no contact with my father.

Thousands of sham trials in Turkey are now under way amid debates that the country will re-introduce the death penalty. The EU already noted that this move will end Turkey’s EU accession process. My main concern is that these intellectuals will be sacrificed for a political propaganda and without an equal and fair trial.

Turkey has been celebrating the “triumph of democracy” for the past few weeks. We all supported the civilian government as the coup was unfolding on July 15 night. We rejected the prospect of the military junta ruling Turkey. We anticipated that the civil liberties and our basic rights would be eclipsed under the military rule. Now is that the democracy we cheered and asked on that night of the coup attempt?

Isn’t the rule of law one of the fundamentals of democracy? Can we take a fair trial for granted under these circumstances? In a country where lawyers are being taken under custody for defending ‘Gülenists’, do these men and women who have spent a lifetime for academia stand a chance before those judges?

My Father Is Not Traitor

My father worked for his country for 30 years. When he started as a young associate professor at Sakarya University they did not even have proper laboratories. He won an award from Turkey’s top scientific body (TUBITAK) with which he was able to build a lab. That is how committed he was.

Now he is living in a prison cell, unable to see his wife, children and students, based on accusations that he even doesn’t know. The state-run news agency claimed that he supported the coup attempt with 24 of his colleagues. Hence he is under trial for treason.

I have a reason to worry about such accusations in a country where the due process is seen as a mere protocol that could be ignored whenever is possible. These people are being stripped of their honor, their families, their freedom, their jobs just based on a whim.

13 days have passed since my father was taken from us by the police and we still did not have a chance to speak with him. His lawyers predict that it may take up to at least six months until he goes to the court.

The court hearings will be closed. My father will sit in his prison cell as loyalist prosecutors will voice trumped-up charges, state-appointed lawyers will “defend” him and loyalist judges will dole out “justice.” There won’t be anyone to see if the trial is fair and if the due process is upheld.

“The prospect is bleak. Do not raise your hopes that anything positive will come out of this process,” our lawyer, who is literally unable to defend my father’s even the most basic rights, told us.

As a PhD student who follows in her father’s steps, I would like to take a chance to call on the international community to pay more attention to a country that seeks to become an EU member. Turkey was a valuable partner to the West because it was at least partially upholding democratic values in the past. But when it starts to prosecute its brilliant minds with charges as bogus as treason and the military coup, the future seems to be very grim.

With his popularity running very high, Turkish president is seizing the moment to expand the crackdown to include intellectuals and journalists. No single day passes without public figures, including many academics, are detained or sacked from their positions.

People are scared to raise their voices and highlight blatant violation of laws. They fear that their families will suffer and they will be accused of being a “Gülenist.”

My father, whose job has always been scribbling his academic research for journals, now sits in a prison because he was not an Erdogan loyalist. The students he taught are now left without their professor.