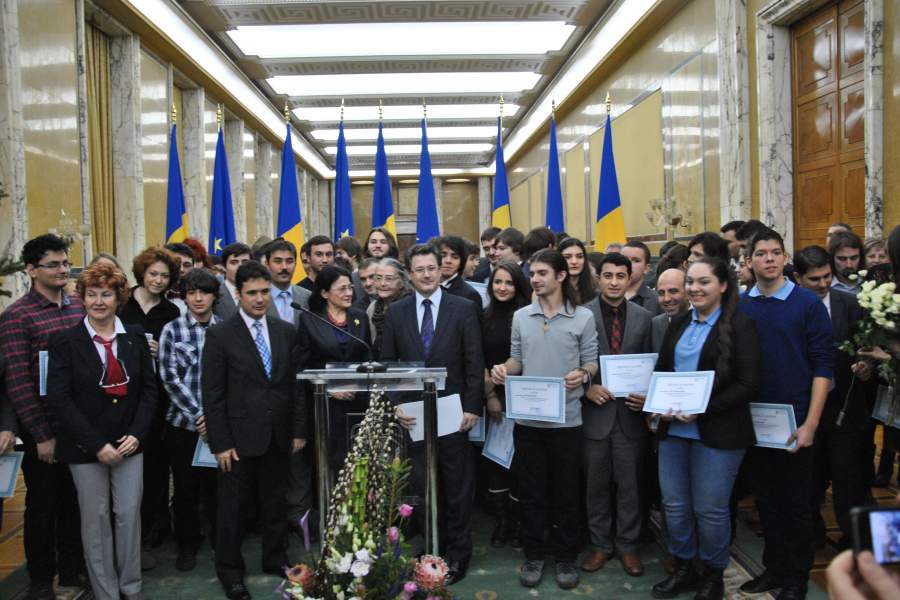 Prime Minister Ponta spoke during the ceremony at the Presidential Palace. “I congratulate successful students for their hard efforts, their teachers, and their families  for great support. Our education system is going to be better and we expect more from you. I would like to express my gratitude and expectation for the next year,” he said. 165 students were awarded in the ceremony where Turkish High School out-shined. 36 students from the International Computer High School of Bucharest (ICHB) won 46 medals in total. When the name of ICHB announced, the students of Turkish school did not fit on the stage.

The parent of Vlad Alexandru, one of the medalists, said, “If we had not sent our kid to the Turkish school at 7th grade, it would have been impossible to obtain this success. ICHB has had a great effort on our child. We support him as his family and we are proud of him, like his teachers.”

There are 10 schools founded by Turkish entrepreneurs in Romania. In 2013, students of these schools won more than 450 medals in national and international contests.