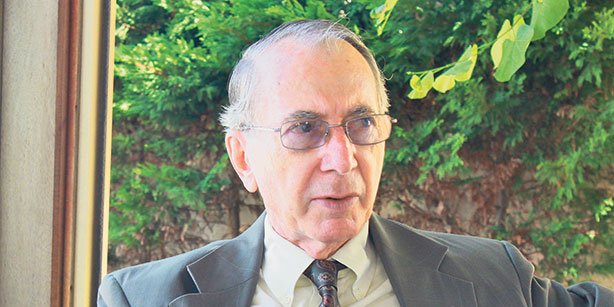 Amid ongoing efforts by the Turkish government and President Recep Tayyip Erdoğan to close down schools which were opened by Turkish entrepreneurs linked to the faith-based Gülen movement, also known as the Hizmet movement, Professor Shinn recently released a book titled “Hizmet in Africa,” analyzing the multifaceted activities and impacts of the movement in Africa by evaluating his experiences during his years in Africa. The Gülen movement is also known as the Hizmet movement, particularly in Turkey. 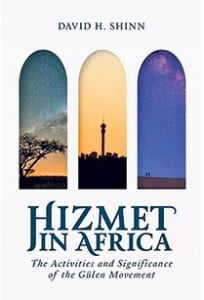 Professor Shinn arrived in İstanbul over the weekend upon a request of the İstanbul Institute, an İstanbul-based think tank, to promote his book. Shinn evaluated topics ranging from educational volunteerism to Turkish schools inspired by the Hizmet movement. He also explained how he was inspired to write “Hizmet in Africa.”

“Various figures from the Turkish government have urged African governments to shut down Turkish schools. However, the only school I know [was] closed was in The Gambia. Those efforts frankly have not worked. And they have not worked for a very simple reason; the African leaders or human beings in general do not like to be told what to do by an outside power. This power might be the US, it might be China or Turkey,” Shinn stated.

“They just do not want to be instructed. African leaders do not want to alienate Turkey. They want to have a good relationship and I can understand that. They like the idea of Turkish Airlines going into 44 different destinations across the continent. They like the idea that Turkey has 39 embassies. That is all positive for Turkey. But, unfortunately, Turkey tends to lose some of this credibility when it asks African governments to take action against a nongovernmental organization. Turkish governments also promised them [African leaders] to open new schools if they shut down current Turkish schools, but I seriously question whether Turkey has the resources to replace those schools. They may have the financial resources, but what about the staff that would be willing to do this job? Where are they going to find the staff to do that in those African countries? Perhaps on paper that goal makes sense, but in reality I do not see it working. And the fact that African governments are not shutting the schools down is self-evident that it’s not working. Like we say in the US, if you are digging a hole, do not keep digging. At some point you need to stop,” the professor continued.

President Erdoğan declared the Hizmet movement a treasonous enemy after a corruption scandal involving people in his inner circle that erupted with a wave of detentions on Dec. 17, 2013. Erdoğan openly declared last year that he would do whatever it takes to eliminate the “parallel structure,” a term he invented to refer to alleged sympathizers of the movement within the state bureaucracy, even if this requires a “witch-hunt.” 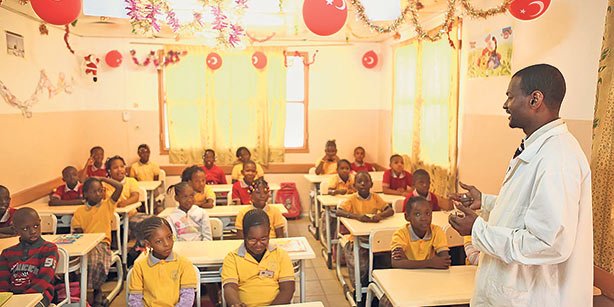 As part of his smear campaign, Erdoğan, on a tour of several African countries in January, called on African leaders to close down Turkish schools affiliated with the Gülen movement in Africa. During his visit to Ethiopia, he said, “In the countries we visit, we have been talking about the status of these schools and saying they should be closed.” Erdoğan also said he has been telling African authorities that the Turkish Ministry of Education is ready to offer the same service provided by these schools. “The ministry is close to finishing its preparations to that effect,” he said.

When it comes to his involvement in the Hizmet movement, Professor Shinn states officials from the Rumi Forum, a nongovernmental organization established in the United States to improve interfaith and intercultural dialogue, asked him if he was interested in writing about Hizmet’s activities in Africa. “I sort of thought about it and decided that that was pretty interesting as no one else has ever done it. There was no book written about what Hizmet is doing in Africa until my book came out. This is something new and different. Of course the Hizmet experience in Africa is not very old. It is only about 20 years old. So there have not been many opportunities for people to write about it in the past. This book provided a way for me to get back into research in a number of countries in Africa. It really was simple as that,” Shinn stated.

The former ambassador also stated that the main purpose of the project was to do nothing more than document the extent of Hizmet activities in Africa. “Initially, the Rumi Forum suggested that maybe I could do this beyond Africa, looking at the former Soviet republics or South Asia. But I said no. That would be an immense project and I had no interest in doing that. So I told them that if I was going to do that, it would only be Africa. Moreover, there is no one I am aware of who has done what the schools are doing on the continent — because there is no central listing of the schools. So, the main reason for doing this, as a scholar, was simply to document what they are doing. Obviously once you get into a topic, it tends to expand. So the book became what Hizmet is doing in Africa. That is really what the book is all about. It is primarily based on interviews with persons who have been involved in the movement, from parents and children in the schools to African officials, many of whom have some knowledge about the schools. This includes African businessmen, African media representatives and newspaper editors. Most of them had some sort of association with the movement. The rest of my research came from secondary sources,” Shinn said.

According to the professor, since there is no central registry of Hizmet schools, the best way to determine where the schools are and what they represent, definitively, is to visit the host nation and talk with school officials. “Yet, to be honest, I could not visit 54 African countries. So I had to use secondary sources, such as the Internet and previous publications. So the book is a combination of [these] two techniques. Very basic methodology, no fancy theories. I got the facts and interpreted them in the book. I summarized the essential philosophy of the movement. There is a wide number of publications written by Gülen himself and many other scholars, writers, columnists about Hizmet. A fair number of books out on that topic. But, what the movement has been doing in Africa was not covered at all. There were a few articles that I was able to use, a few studies that were done by a French woman in Kenya. There was a master thesis written by a member of the Gülen movement in Kenya. That was it,” Shinn adds.

The professor noted that before he started writing the book, he had no idea there were over 110 Turkish schools on the continent and he was happy to see that those schools are following the national curriculum.

“Most of the teachers at the schools are African. They are hired locally. And you always have a core Turkish teaching staff. They usually teach courses like Turkish and science. But the other courses are normally taught by African teachers. So one needs to make a distinction between Turkish and African teachers. In the case of the Turkish teachers, I detected a very high degree of commitment towards a quality education, a modest way of life. Their houses were modest, their lifestyles were modest, and their salaries were generally pretty modest. With the African teachers, it was basically a job. This was a possibility for employment. Some of them had some interest in the principles of the movement. But I think it is fair to say that most of the African teachers were there because they considered it a good job. It does not go beyond that. When it comes to the parents, they saw the schools as being high-quality. The schools fall under a higher building cost structure for African standards and compete with Western schools in quality. It is a great opportunity for parents to put their children in those schools. Parents choose them not because of the principles of Fethullah Gülen. Even in some cases, they did not even know who he was. So I see it as a very practical decision,” Shinn added.

Shinn also makes a distinction between the schools that were opened by missionaries at the beginning of the 20th century and the Turkish schools. “When the missionary schools started operating around the world at the beginning of the 20th century, they had almost no competition. There were no other schools out there. It was the missionary school or nothing. Now the Turkish schools have a lot of competition. The majority of missionary schools in Africa have closed or are no longer effective. But now Turkish schools rival Western schools that are all over Africa. There are also some African schools that are very good. Because they have so much more competition, the impact of the Turkish schools might be less than it was 50-60 years ago. But with that said, there are more than 100 Turkish schools on the continent. These schools have the potential to significantly impact the lives of students who graduate from those schools. Students will eventually return to their societies and contribute either in government or the private sector. Most of them are going to have a good feeling about Turkey. Most of them will learn some Turkish and maybe some will continue their higher education in Turkey. This entire scenario will take time. Maybe many decades,” Shinn stated.