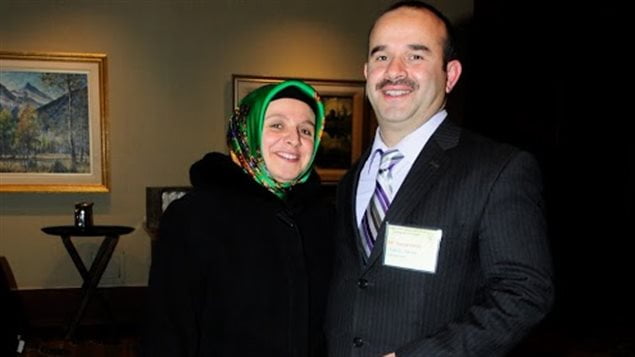 Family and friends of a Calgary imam who has been detained in Turkey say they are worried for his safety as well as that of his wife and two children.

Davud Hanci is being detained by police in Turkey. Local media reports accuse him of helping with an unsuccessful coup attempt on July 15.

Ruveyda Durmus, Hanci’s sister-in-law, said Turkish media have reported he arrived on July 13 when in fact he arrived there July 7 to see his ailing father.

Hanci had brought his wife, Rumeysa, and their two sons, aged 9 and 8, to see his father one final time. Durmus said her sister and the two children are not being detained at the moment, but they are afraid.

“I am trying to get help from the Canadian government,” said Durmus. “They told me because he has dual citizenship, it’s complicated.”

The Canadian government has offered assistance in getting Hanci’s family back to Canada, but they are hesitant to leave without Hanci.

“We are so worried,” said Durmus. “We cannot go to Turkey — they might arrest us too.”

Turkish President Recep Erdogan has accused an exiled religious leader named Fethullah Gulen of organizing the coup. Gulen resides in Pennsylvania, where he runs a retreat centre devoted to spreading the word of the Hizmet Movement.

Turkish media reports are painting Hanci as a right-hand-man to Gulen, but Malik Muradov, executive director of the Intercultural Dialogue Institute of Calgary, said there’s no truth to those reports.

“He has nothing to do with the coup, nor would he approve of it,” said Muradov.

He said a photo that reportedly shows Hanci with Gulen is not actually Hanci.

Hanci works as an imam for Corrections Canada and Alberta Government Correctional Services, according to Muradov, who added that he also volunteers much of his time to the Turkish community.

Muradov said he personally has been to Gulen’s retreat centre for workshops, and that the Hizmet Movement is about promoting education, interfaith dialogue, and peace.

Muradov said while Hanci undoubtedly is familiar with Gulen, it is unlikely that Gulen would know Hanci.