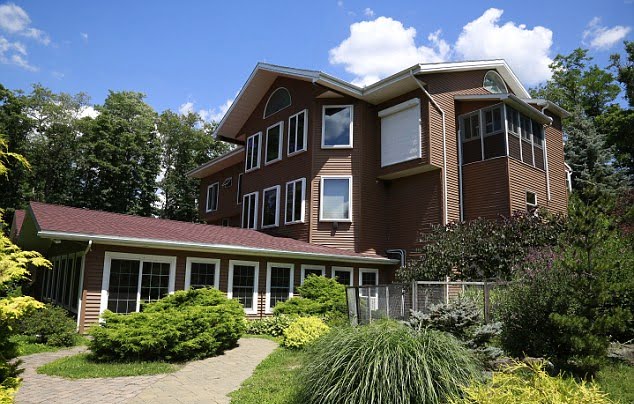 Just down the road from a flea market and a maze made out of corn stalks sits the compound home to Fethullah Gulen, the influential cleric accused of masterminding last week’s failed military coup. It’s an accusation that Mr. Gulen has categorically denied.

Inside the compound, there is mostly silence, save for the chirping of birds and the buzz of planes high overhead. There are very few people evident – a handful of men walk the paths between sculpted pine trees and a couple of children ride bikes near a row of houses built to accommodate visitors.

The quiet here is a world away from the turmoil gripping Turkey, where President Recep Tayyip Erdogan has declared a state of emergency and detained or suspended more than 60,000 military personnel, judges, teachers, civil servants and police officers. Mr. Erdogan has urged his supporters to stay in the streets following the attempted coup, which left nearly 300 people dead.

For nearly two decades, Mr. Gulen has lived in self-imposed exile in this hamlet of about 1,000 people in the Pocono Mountains. The founder of a movement known as “Hizmet,” or service, Mr. Gulen’s teachings focus on education. His supporters have started hundreds of secular schools and charities across Turkey and beyond. A moderate preacher rooted in the Sufi mystic tradition of Islam, Mr. Gulen is known for emphasizing interfaith dialogue.

But Mr. Erdogan calls Mr. Gulen and his followers a “cancer” and a “terrorist organization” that is building a “parallel state.” The rancour is personal. During the first decade of Mr. Erdogan’s tenure as Prime Minister, he and Mr. Gulen acted as allies, working to expand the range of Islamic expression in Turkey and to curb the sway of its powerful military. Since 2013, however, Mr. Gulen has become a vocal critic of Mr. Erdogan.

During an interview at the compound, Y. Alp Aslandogan, a spokesman for the Gulen movement, describes that he was in California on vacation when he learned of the attempted coup. “It was probably the worst day of my life,” he says. He feared there would be casualties and worried that Mr. Gulen would be blamed.

Mr. Gulen, 75, suffers from diabetes and cardiovascular disease and leaves the compound only for medical reasons. He is rarely seen outside his modest two-room apartment in the compound’s main L-shaped building. Mr. Gulen spends much of his day in spiritual practice, says Mr. Aslandogan. Two or three times a week, videos of his talks are posted online. He also meets regularly with a small group of graduate students.

Earlier this week, Turkey submitted materials to initiate the extradition of Mr. Gulen. But there has been no contact between Mr. Gulen and the U.S. government, says Mr. Aslandogan. He believes that it is “extremely unlikely” any request from Turkey would satisfy the conditions of the extradition treaty between the two countries, which includes the right to refuse to hand over people sought for “political” offences.

Mr. Aslandogan is executive director of the Alliance for Shared Values, an umbrella organization for non-profits run by Mr. Gulen’s supporters. He allows that it is theoretically possible that soldiers sympathetic to the Gulen movement participated in the attempted coup, but adds that such involvement would run counter to Mr. Gulen’s philosophy. It would be “a betrayal of what [Mr. Gulen] stands for.”

In the wake of the coup, the rhetoric against Mr. Gulen and his supporters has become “very, very alarming,” says Mr. Aslandogan, who believes it could be a prelude to organized pogroms or worse. An enormous banner in Istanbul’s main Taksim Square recently warned Mr. Gulen, “We’ll hang you and your dogs with your own leashes.” A pro-government newspaper shared a purported hotline for reporting people suspected of being Mr. Gulen’s supporters, while a semi-official news agency urged Turks to make reports to police or prosecutors.

Mr. Erdogan is “using this as carte blanche to get anyone who is critical of the government or ever would be,” said Jenny White, a professor at the Stockholm University’s Institute for Turkish Studies and an expert on political Islam. Prof. White says she has never seen anything violent in nature in all of her interactions with Mr. Gulen’s sympathizers, who were notable instead for their sheer number of civic works. But the movement’s opaque organization and tendency toward secrecy have drawn critics, who say its ultimate goals are not clear.

During a tour of the compound in Pennsylvania, Kadir Bulut points out the place where Mr. Gulen lives, in a corner of the top floor of the main building. The apartment leads on to a narrow balcony, where a row of pine trees sit in planters. Beyond the building and down a hill, there is a small pond, a grassy area for picnics and a jungle gym for children.

Mr. Bulut used to work for Zaman, a newspaper associated with Mr. Gulen that was seized last year by Turkey’s government. “Here we are free,” he says of the United States. “Here we are safe.” His parents, who arrived for an extended visit several months ago, were supposed to return to Turkey this week. But now they have postponed their departure indefinitely.

A few doors down from the compound, a 30-year old woman who asked that her name not be used said that Mr. Gulen and his supporters were courteous if unusual neighbours. A couple of times, she said, helicopters have landed in the field beyond their home, carrying visitors for Mr. Gulen.

Then, in recent years, groups of pro-Erdogan protesters began turning up on their small lane, shouting expletives and drawing a large police presence. “You don’t know who to believe,” she said. “Some say he’s the worst person in the world and some say he’s a really good guy.”

Down the road at the Sunset Inn, a nearby bar, it’s clear that Mr. Gulen and his compound are the subject of much speculation in this small village, known mostly for its giant corn maze and the haunted house by the lake that opens each Halloween.

“Did you go inside? Is it nice? Is it beautiful?” asks Jennifer Johnson, 35, as she works behind the bar. “He’s a multibillionaire, you know.” Until about three months ago, Ms. Johnson had no idea Mr. Gulen was in the area. Then she started doing her own research on the Internet. She says she’s unnerved by the fact that outsiders aren’t allowed into the compound and by the presence of armed guards.

Tim Koller, a local industrial mechanic, interjects. “If you are a religious and spiritual powerhouse, you have to protect yourself and your followers and your family,” he says.

Mr. Koller, 59, says he has heard some locals make cracks about the “terror camp down the road” but he has no issues with Mr. Gulen and his followers.

“This country was founded by people escaping oppressive governments trampling on their religion,” Mr. Koller adds. “People fought and died for just that right.”