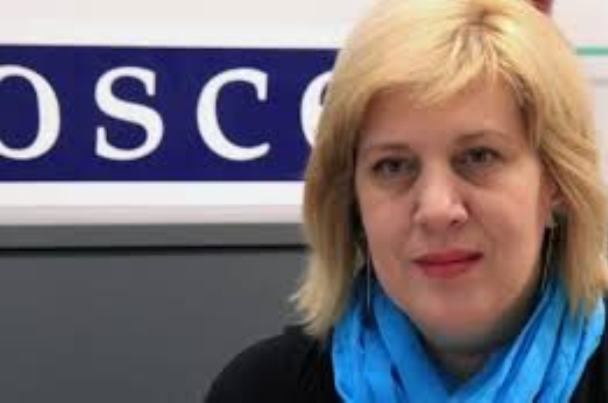 Dunja Mijatovic, the Organization for Security and Cooperation in Europe (OSCE) representative on freedom of the media, has said excessive penalties against journalists may threaten investigative journalism and freedom of speech in Turkey.

In a written statement sent to the Cihan news agency, Mijatovic spoke against an investigation targeting Taraf journalist Mehmet Baransu for reporting on a confidential National Security Council (MGK) document that mentioned a planned crackdown on faith-based groups in Turkey. According to the OSCE representative, it is “alarming” to see that the journalist faces the risk of being sentenced to dozens of years in jail for publishing confidential state documents.

Starting last month, the Taraf daily published several confidential documents suggesting that the Justice and Development Party (AK Party) and the National Intelligence Organization (MİT) profiled individuals linked to some religious and faith-based groups. The party admitted the authenticity of the documents but argued that no action was taken to implement the policy prescriptions indicated therein.

Last week, however, the Prime Ministry, MİT and the National Security Council (MGK) filed a joint criminal complaint against the daily and Baransu for revealing confidential state documents. The complaint immediately turned into an investigation against the journalist. Baransu now faces charges of acquiring confidential documents crucial to state security, unveiling information that is forbidden to announce and political and military espionage. He may face a prison term of up to 43 years for the charges.

Mijatovic said he is closely following developments related to the investigation against Baransu. “It is very important that journalists be able to freely perform their profession and their right to keep news sources protected by the law,” she added.

The profiling document, published by Taraf on Nov. 28, shows that the MGK advised the government in 2004 to adopt legal measures that would impose harsh penalties on some religious and faith-based groups, in particular the Hizmet movement, inspired by Turkish scholar Fethullah Gülen.

The two-page MGK document was signed by Prime Minister Recep Tayyip Erdoğan, then-Foreign Minister Abdullah Gül, then-President Ahmet Necdet Sezer and Cabinet members as well as military commanders of the time. The document urges the Foreign Ministry, Interior Ministry and MİT to closely monitor and report on the activities of the Hizmet movement at home and abroad. It further advises the government to instruct the Interior Ministry and Ministry of Education to investigate and monitor schools affiliated with the Gülen movement.

The OSCE statement follows an earlier message by the European Union, which said public authorities should not interfere with freedom of expression in the media, against the background of Turkish government pressure on the media through criminal and civil lawsuits. “The right to freedom of expression includes the freedom to receive and impart information and ideas without the interference of public authorities,” Peter Stano, spokesperson for EU Enlargement Commissioner Stefan Füle, told the Cihan news agency on Tuesday.