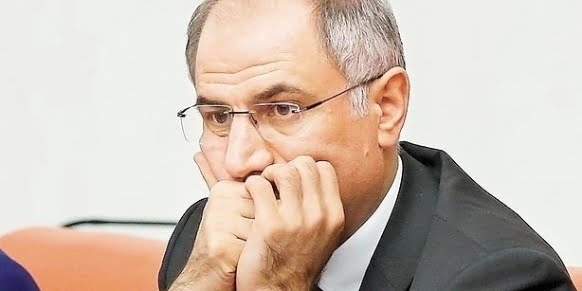 Interior Minister Efkan Ala has failed to respond to parliamentary questions concerning a plot against the Hizmet movement within 15 days, as required by the internal regulations of Parliament. A plan to portray the Hizmet movement, a social and religious grassroots movement inspired by the teachings of Islamic scholar Fethullah Gülen, as a terrorist organization was exposed on June 20 by a parliamentary question submitted by former Interior Minister İdris Naim Şahin. Although parliamentary questions require a response within 15 days, the Justice and Development Party’s (AK Party) Efkan Ala did not address the question. He further ignored a warning issued by the president of Parliament requesting a response no later than 10 days after the original deadline. The plot was exposed last week when Şahin submitted a question to Parliament asking if there is a secret plot against Hizmet and if the AK Party had mobilized its resources to gather evidence to initiate an operation against the movement. Şahin resigned from the AK Party in December of last year over a government corruption and bribery scandal. When resigning, the former minister stated that the AK Party was under the control of a “narrow oligarchic group.” In his parliamentary question submitted on June 20, Şahin said he had received a large number of documents pertaining to an alleged plan, called the “Action Plan,” drafted by the Interior Ministry that ordered intelligence officers to investigate the “archives” of the Hizmet movement and gather evidence to launch a police operation against the group. Şahin noted in his question that the Hizmet movement is known as a peaceful group making efforts to preserve the Turkish nation’s faith, scientific and cultural values and promotes these values abroad so as to enhance the prestige of Turkey. He added that the government has been using state resources to attack those who sympathize or are affiliated with the Hizmet movement. “Is the government plotting against the Hizmet movement and innocent people?” Şahin asked in this inquiry. Opposition says Ala almost mocks Parliament Members of the opposition reacted to the indifference exhibited by Ala, claiming he mocked Parliament by sending one-sentence responses to their questions. Nationalist Movement Party (MHP) Deputy Chairman Oktay Vural said in the General Assembly of Parliament last week that while he tries to fulfill his duty to monitor the government, the interior minister responds with short and generic answers that are disrespectful to Parliament. Referring to the response to questions he directed to Ala in October 2013, Vural said he had been insulted by “an appointed minister who threatens the rule of law” when his questions were dodged. In response to Vural’s question about the management of parking lots in Ankara, Ala had simply stated that all actions were being carried out in accordance with regulations. MHP Ankara deputy Özcan Yeniçeri also complained about Ala’s attitude, saying Ala does not approach the proceedings in the manner of a statesman and instead mocks them. According to Yeniçeri, in a voice recording leaked on the Internet Ala allegedly said that the power of legislation could be used to legitimize illegal actions. Yeniçeri was critical of Ala’s alleged remarks, which implied that they could legalize anything because they had the support of 50 percent of the public. Similarly, Republican People’s Party (CHP) İstanbul deputy Celal Dinçer criticized Ala for submitting one-sentence answers to his questions. The response to Dinçer’s question concerning police officers who were reshuffled after the Dec. 17 corruption probe led Dinçer to state that Ala was simply mocking and ignoring Parliament. Dinçer condemned Minister Ala for mocking the deputies in Parliament.

Love is a Verb is a documentary by Terry Spencer Hesser exploring the ordinary lives and stories of people in Hizmet, a social movement inspired by the Islamic scholar and teacher, Fethullah Gülen, and geared towards serving all people regardless of their faith and religion through dialogue, education and relief work.