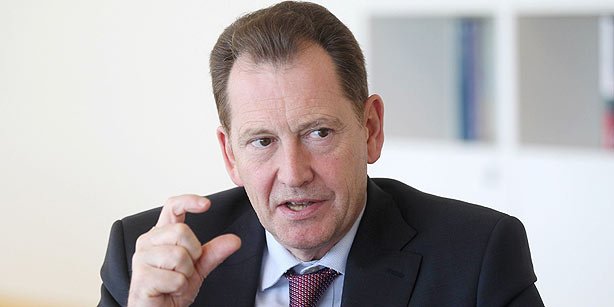 “Because we know where the illiberal state leads … to the detention and bankrupting of followers of Fethullah Gülen, who dare to criticize [President Recep Tayyip] Erdoğan,” Watson said in a speech delivered at the ALDE Party congress in Budapest on Nov. 20.

The followers of the faith-based Gülen movement, inspired by Gülen, have come under intense pressure from the government of the Justice and Development Party (AK Party) and President Erdoğan ever since a corruption probe in late 2013 became public, implicating senior government members.

Erdoğan accuses the movement of masterminding the probe despite the movement denying it. Since then, individuals and organizations that are thought to be linked with the Gülen movement have been the target of a witch hunt.

Politically motivated operations have been carried out against dozens of individuals, businesses and civil society organizations that are thought to be connected to the movement and have led to the detention of many.

In the latest example of the government-led crackdown on the Gülen movement, last week trustees were appointed to Kaynak Holding, which is affiliated with the movement.

On Nov. 15 the Samanyolu Broadcasting Group, which is also tied to the movement, had 14 of its TV channels and several radio stations removed from the state-owned Turkish Satellite Communications Company (Türksat) infrastructure in a government-orchestrated decision.

Türksat dropped these media outlets despite having signed an agreement with the group that required service be provided until 2024. The move led to more than 800 people losing their jobs.

In late October trustees were also appointed to Koza İpek Holding, owned by businessman Akın İpek, in yet another government-instigated move due to İpek’s links to the Gülen movement. The TV channels, newspapers and radio stations operating under the İpek Media Group were immediately turned into government mouthpieces, from what was previously a critical stance.

Fethullah Gulen’s brother Hasbi Gulen, who passed away last October, wanted to visit his older brother in America in late 2000. He shares his intention with a friend before applying for a visa.
His friend told him that he needed to prove financial ability to support himself in the US to obtain a visa. Hasbi Gulen needed to show car and home titles, tax returns, and any other assets he had. When his friend asked “which one of these documents do you have?” Fethullah Gulen’s brother replied “nothing but my birth certificate.”