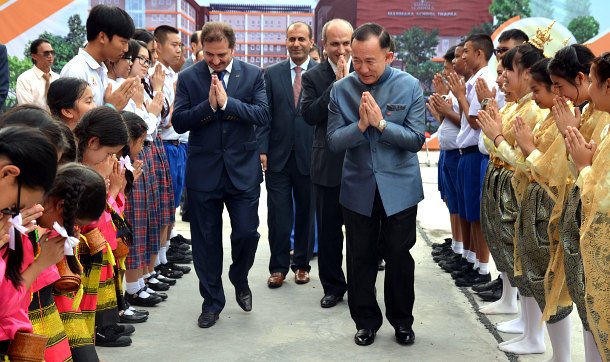 Diskul paid a visit to Chindamanee Schools English Program within the body of Turkish Marmara Education Institutions established by the entrepreneurs affiliated with Hizmet Movement. Watching a dance show performed by the students, he visited parts of the school with the officials. President of the Marmara Education Institutions Ufuk Civelek and General Manager Ömer Faruk Karaçam informed Diskul about the facilities of the school and presented him a picture on which his name is written in calligraphy.

The minister later spoke with the parents at the schoolyard. “I was very impressed by my visit in this afternoon. I came across a very good school and teachers,” he told the parents.

Turkish schools operation in the country was presented with excellence in teaching award last year.