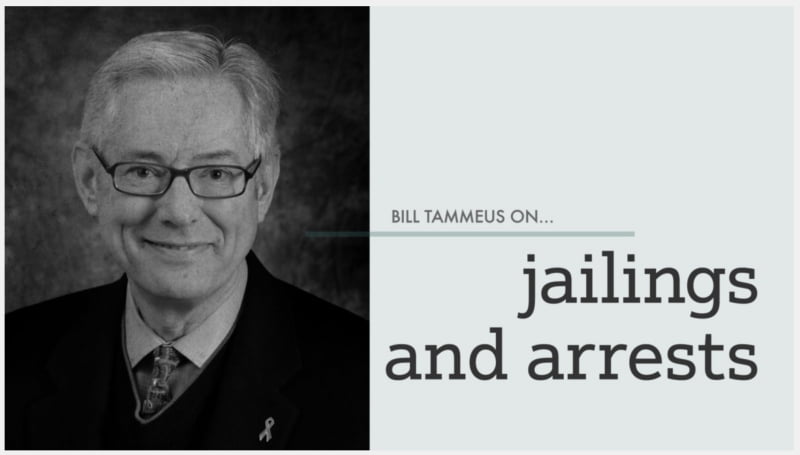 “I don’t know of anyone here from Turkey who is not affected,” says Selahattin Aydin, executive director of the Dialogue Institute of the Southwest, which has offices in Kansas City, Kansas, and which is part of the Gülen Movement. Turkey’s government blames that Islamic spiritual movement for the effort to overthrow President Recep Tayyip Erdoğan in July 2016.

“Things are very desperate in Turkey right now,” Aydin told me. “If you say anything against the government either you get fired or end up in jail.”

I asked Aydin to help me find Turkish citizens in the Kansas City area willing to speak about their ordeal. Because many of the estimated 600 or more such Turks live in fear of what Turkey’s leaders might do to relatives there, I agreed not to use their names or show their faces in photos. A few eventually agreed to talk.

A man I’ll call Turk-X told his brother, who was here with him, not to return to Turkey last year, but he did anyway and was immediately arrested. Turk-X said that happened because their father was already in prison, accused of being part of a religious study group connected with the Gülen Movement, whose founder, Fethullah Gülen. a businessman and Islamic cleric, escaped to the U.S. in 1999 to avoid being prosecuted as an enemy of the state. Gülen now lives in Pennsylvania.

Turkey wants Gülen extradited to his homeland to face charges of having inspired the attempted coup, a charge Gülen vigorously denies, though he has acknowledged a chance meeting once with a key figure in the attempt. 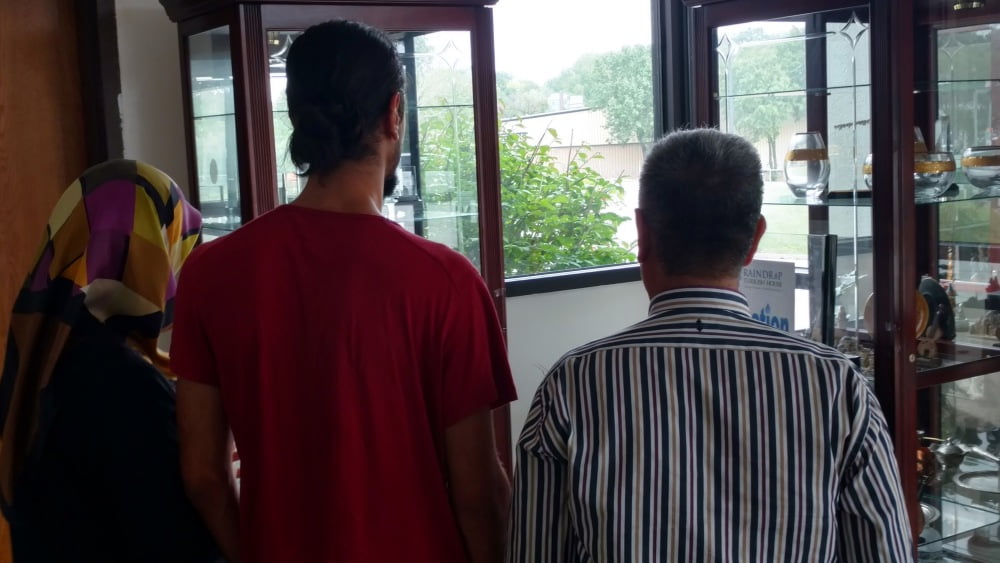 The young man in the middle, identified in the column as Turk-E, is shown from behind to protect his identity. He’s pictured with his parents, all natives of Turkey whose lives have been thrown into chaos because of the Turkish government’s harsh response to a failed coup attempt last year. (Bill Tammeus | Flatland)

Just what is the Gülen Movement? The BBC answered that this way: “A well-organized community of people — not a political party. . . He (Gülen ) is regarded by followers as a spiritual leader and sometimes described as Turkey’s second most powerful man. The imam promotes a tolerant Islam which emphasizes altruism, modesty, hard work and education. He is also a recluse with a heart condition and diabetes. . .”

Turk-X’s brother eventually was released. But his father has been in jail for a year and Turk-X, who works in the education field and lives here with his wife and daughter, doesn’t phone him because he fears his call would be recorded by the prison.

“My Mom is still at home, just alone,” he said, though she’s close to the prison and sometimes can visit her husband.

Turk-X speaks to his mother via a video phone app, but when he asks about his father, his fearful mother puts a finger to her lips and shakes her head so he’ll say no more.

“I’m stressed out thinking about all this,” he tells me, “but my brother is the one most affected by things. He told me he felt like he’d aged into his 50s, even though he’s just in his 20s, what with trying to deal with the court stuff and our father and everything. And he cries a lot. He does. A lot, a lot.”

Things are equally stressful for a young man I’ll call Turk-E, a student at the University of Missouri-Kansas City who has been in the U.S. just a few months.

“My father was a medical doctor in Turkey,” he told me, “and some of his doctor friends are in jail right now. My mother’s cousin’s husband is also in jail now.”

Turk-E’s parents managed to escape Turkey. They joined my interview with their son.

The father was part of a medical association in Turkey. Its doctors and dentists did medical missionary work in Africa and elsewhere. Originally the Turkish government supported this group, Turk-E says, translating for his father, but “no members are working right now. All have been fired. Some are in jail. They’re Gülen followers. All the rights (in Turkey) now belong to one person (Erdoğan).”

A man I’ll call Turk-O, 26, was born in Turkey but spent most of his life in Gülen Movement schools in Azerbaijan, just east of Turkey on the Caspian Sea. Today this software engineer lives in Kansas City with his sister and her family. He can’t get a job. He can’t go to school. He can’t go back to Turkey or Azerbaijan. Like others, he may seek asylum in the U.S. For now, because his visa does not allow him to be employed in the U.S., he spends most days alone, sitting at his laptop trying to develop an idea for a mobile app.

“It’s really bad back in Turkey,” he told me, “and it has put lots of pressure on Azerbaijan, which is a small country.” In fact, he said, his father is under investigation there because of his Gülen connections.

His mother last year flew from Azerbaijan to Turkey: “In the airport they arrested her — just because she was my father’s wife.”

When Turk-O’s Gülen-connected university in Azerbaijan was shut down, “I couldn’t find a job. So I had to leave the country (which he did early this year). I had a visa to come here. I came here because I had no other option.”

A Metropolitan Community College student I’ll call Turk-H is one of tens of thousands of Turkish citizens in trouble because of use of a phone message-encryption app called ByLock. Turkey’s government decided most, if not all, ByLock users were Gülen followers.

The phone Turk-H was using belonged to his brother so “my brother is in jail right now.”

Turk-H can stay here several years on his student visa, but “I want to return and I want everything to be okay. Asylum here would be a last option. Right now, most of the people in Turkey want to leave the country. We had a chance to leave and we left.”

This political-humanitarian disaster consumes Kansas City’s Turkish community. Most are glad to be here, but are fearful, uncertain about the future, and praying for jailed family members back home. This is inevitably what totalitarian government produces. And its ripple effects go far beyond Turkey’s borders.

Bill Tammeus, a Presbyterian elder and former award-winning Faith columnist for The Kansas City Star, writes the daily “Faith Matters” blog for The Star’s website and columns for The Presbyterian Outlook and The National Catholic Reporter. His latest book is The Value of Doubt: Why Unanswered Questions, Not Unquestioned Answers, Build Faith. Email him at [email protected].