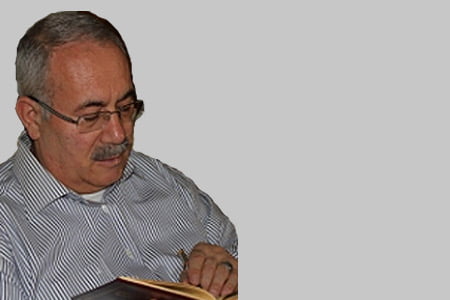 I’ve visited the schools and the Turkish cultural centers in Philippines . The schools and the cultural centers in Manila , the capital city, were sublime. But the thing that impressed me more than anything was the amazing relationship between Turkish and Filipinos established by Turkish entrepreneurs, teachers and students who came to this country in the past 10-15 years. They work with great enthusiasm to provide high quality education and for dialog with different segments of the society.

They have good communication with the bureaucrats, mayors, CEOs, congressmen, ministers and so on. I understood how great connections Turkish community made in this country as soon as I stepped in the airport. When I was about to get in line for passport control, my name was announced to be escorted by an officer to VIP where only diplomats can pass.

Following the visit to Manila , I and some Turkish entrepreneurs flew to Zamboanga, an island city, where there is a beautiful Turkish [Hizmet movement] school. I met the minister of economy and the governor of Zamboanga. The governor’s mom had used to say: “The best Muslim is the dead Muslim”. She had had hatred towards Muslims and had believed that all Muslims were terrorists before she met Turkish Muslims. Today, she loves the Turkish community and treats them like a mother. In one occasion, the first lady said: “I apologize to Muhammad, to Islam and to you for my unkind remarks about Muslims. I admit that I was ignorant about Muslims”

Philippines was occupied in 16th century by the king of Spain Philip II and the country was named after him. Today, contrary to colonists who had exploited this country for ages, the Turkish community of the Gulen (Hizmet) movement work for building bridges between diverse cultures. The schools that are established and run by followers of Gulen have one goal: to raise children who understand, accept and respect others regardless of racial, religious or ethnic differences. A generation who solve the problems through dialog instead of hurting each other is being nurtured by these renunciative educators. Prospective historians will record these services to humanity, and convey this message to the new generations even if it is not appreciated or understood as much as it is supposed to be today.

Disclaimer: The original article is in Turkish. Slight deviations from the original meaning may have occurred due to difficulties in translating phrases and idioms. PII volunteers summarized and translated the article.