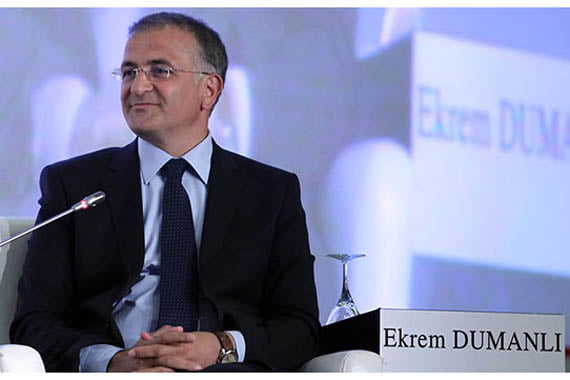 I am writing this article to help you. Help an oppressor? Yes. One day the Prophet Muhammad (pbuh) said, “Help your brother, if he is an oppressor or the oppressed.” His Companions asked, “We understand why we should help the oppressed, but how can we help the oppressor?” And he gave the following magnificent answer: “By preventing him from tyrannizing people. This is clearly an act of assistance.”

I am writing this modest letter to prevent you from oppressing people. Please take no offense and don’t be distracted by the harshness of my words. Just believe that this brother of yours is trying to save you from eternal damnation. Believe me, oppression is a source of destruction for many people.

And do not think I am addressing only one person. Never! Oppression is a distortion of mentality; it is a spiritual deterioration and it is a tough test for anyone. For this reason, the address, “O oppressor,” never targets just a single person. Indeed, the oppressor changes his identity, appearance and position continuously. Most of the time, a person is not aware that he is an oppressor…

It is a historical fact that every oppressor manufactures lies and forces everyone to believe them. He assumes that innocent people deserve all sorts of tyranny. Therefore, the oppressor’s insanity is contagious. As he exerts pressure on everyone who does not think like him, his oppression takes the form of a general, widespread craziness. Some people become partners in the oppression because of their fears, while others do so for their own self-benefit. However, oppression is never permanent as the malediction of the oppressor is heard and answered by God…

The first thing to do in order to avoid being an oppressor is to pray to God in supplication, saying, “O Lord, I have wronged my soul.” This is how the Prophet Adam prayed to God so that his children would take it as an example. The Prophet Jonah, the Prophet Moses and other prophets did the same… Why? This is because a person who can confess “I have wronged my soul” cannot oppress other people. A person who considers himself to be a perfect man who does everything right is certainly on the way to becoming like the Pharaoh. False modesty cannot hide arrogance. Shows of humility cannot conceal cruelty. Indeed, those who hold power cannot know who the oppressor is; we need to look to the cries of the oppressed…

Oppression is a process; it is a process of becoming alienated from one’s own self; it is a process of metamorphosis and transgression. Man first forgets about his own soul before forgetting all about his creator. A person who forgets his own self will sweep aside the wisdom of being a servant of God. After assuming that he has moved his original borders and willpower to another domain, a person starts to walk in the darkness of oppression. As he gives the following advice and instruction to his son, Luqman explains where oppression may lead: “My dear son! Do not attribute any partners to God. Surely attributing partners to God is indeed a tremendous wrong.”

Oppression proceeds gradually and eventually captures the human spirit. If the secret of the “self” cannot be solved and if the self is not trained, one will start to adore oneself and eventually practice self-worship. After transgressing one’s own boundaries, one will be prone to breach the rights of other people and of God. This is because by doing so, he becomes egocentric. If our ego starts to decide what is good and what is evil, we build an entire system of reward and punishment based on our ego. A self-loving person cannot love others. The oppressor has one criterion: love of himself. When an angelic person opposes him, he calls that person Satan and hurls all sorts of preposterous slander to demonize him. When Satan comes to him and praises his deeds, he markets Satan as an angel and cooperates with Satan.

Know that when you tyrannize a person, you cannot attain salvation unless that person forgives you. When you tyrannize masses, what will be the outcome? What about those who tell lies and spread slander and gossip about millions of people every day? If you believe you have been wronged, then you must know that you cannot counter oppression with oppression. And you cannot attack innocent people with the rage you feel for the people who you believe wronged you. The Holy Quran says that no one will be held accountable for the sins others have committed. Both laws and religious rules emphasize the principle of individuality of crime. If a person is to be held responsible only for his own crimes and if laws must be respected to bring that person to account for his crimes, then isn’t it a terrible act of oppression to tyrannize other people in connection with the crimes of that person?

The cruelest form of oppression is that done using public resources. The state relies on the nation and cannot be used as a form of violence against the nation. All tyrants believe that the state belongs to them and they try to crush individuals by using the state’s resources. A person who uses the police for his personal revenge and who forces the judiciary to make unfair decisions and who makes the Finance Ministry a tool for arbitrary inspections is an oppressor. You may arrest people unjustly and you may jail them unfairly and you may defame them publicly with smear campaigns. But never forget that the oppressor can never win. As the oppressor is shouting his cries of victory, the malediction of the oppressed is being heard by God. The collective conscience will eventually rid itself of the chains imposed on it and the mask of the oppressor will fall one day…

Stop before it is too late. Whatever position you may find yourself in and whatever hatred you nurture, you must put a stop to it. As every human being is a vice-regent of God on Earth and as every heart is a Kaaba, you must stick to justice and righteousness. If you insist on pursuing your tyranny and if you dedicate your words to tyranny, you will end up a great disappointment both to yourself and those who invest their hopes in you. Indeed, on the promised Day of Judgment, everyone will be equal, including journalists, politicians and bureaucrats. No oppressor can get away with oppression…

This blatant distortion is too much

Last week, I participated in a TV program that was aired on Bugün TV. The first agenda item of the program was Israel’s attacks on Gaza. I was asked, “Do you condemn it?” I said that I condemned it and tried to explain the horrible consequences of shelling people during the holy month of Ramadan. I further noted that we need to adopt a broader perspective and that this problem cannot be settled simply with condemnations, protests and harsh statements. I indicated that Turkey’s prestige has been declining in the international arena and that its ties with the US and the EU have weakened; it cannot exert pressure on Israel because it does not have direct diplomatic contact, and it cannot press Israel because its ties with the Arab world, including Egypt, are not good…

We moved on to other matters after talking about this for 10 minutes. We talked about many other things. Toward the end of the program, we started to discuss the unfair practices being implemented against the Hizmet movement, and the host of the program, Erkan Akkuş, recalled that Fethullah Gülen has been silent for a long period of time. Indeed, Mr. Gülen has halted his weekly sermons and he is not directly responding to many offensive statements. “This is a silent cry,” I said, as an expression of my perception. I explained the reason lengthily.

However, those who made it a habit to distort everything cut my “silent cry” remark and attached it to our discussion of the Gaza attacks. They started to market this distortion as a journalistic achievement and to deceive people. It is really unbelievable that they would distort remarks aired live.