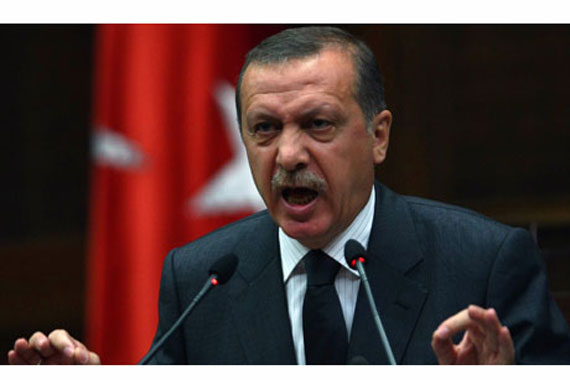 I was shocked last Thursday when I heard that the President Erdogan, was in Ethiopia to demand that his counterpart in that country should close Turkish schools. The schools, it would turn out, are owned by affiliated of Cleric Fethullah Gulen, his former ally but now greatest adversary. The president had vowed to financially strangulate Gulen and his Hizmet Movement followers for allegedly incriminating him in a corruption scandal in 2013. So since education is one big area the Movement engages in, Erdogan hopes to attack that base in Africa.

“In the countries we visit, we have been talking about the status of these schools and saying they should be closed down,” he was quoted to have said. In their place, he said his government would move in to Africa to build schools, claiming that “the ministry is close to finishing its preparations to the effect”.

Erdogan is currently touring African countries in a campaign against education facilities founded by Gulen’s associates. What is his strategy? He is branding the schools as platform for terrorist activities. But why can’t he go to the United States, the United Kingdom and other Western countries where the schools blossom? Why target Africa? Simply put, because the West won’t buy the crap. Erdogan, in his small mind, thinks Africans are morons because of their underdevelopment. The dummies can only be sold to them. But he is mistaken. Only Gambia, which he is giving handouts to, will play along.

Let’s look at the facts. The Organization for Economic Co-operation and Development (OECD), in its recent analysis, showed that there is much work to be done by the Turkish government in education. It said, “Turkey has made significant improvements in PISA mathematics and science assessments, but remains below the OECD average in reading, mathematics and science. The government has worked to improve the participation of children in education, but participation rates in early childhood education and care are low, compared to the OECD average.”

It added, “Turkey has a higher than average proportion of underperforming students, and academic achievement is particularly low amongst disadvantaged students from low socio-economic backgrounds. System level policies, such as the use of academic selection to select and sort students into specific pathways at an early age, hinder equity. The transition into upper secondary education and tertiary education is also highly selective. Graduation rates in upper secondary education and tertiary education for both academic and vocationally oriented programmes are below the OECD averages.”

According to the OECD, the number of out-of-school children is particularly high because of the “distance between school and home, limitations posed by bussing education and boarding education provided in rural areas.” It therefore goes without reason that there is need for more schools to be built in rural areas. Why, for God sake, will Erdogan abandon this responsibility to his people and claim he would be building schools in Africa? What about the over 200,000 refugees in his country without any education for the past three years? This is not a man trust!

Instead of listening to this desperate warmonger, African nations need to concentrate on the benefits the Hizmet Movement-affiliated schools have brought to their standard of education and economy. In Nigeria, for example, imagine how many Nigerians would have had to travel abroad every year without the Nigerian Turkish International Colleges and the Nigerian Turkish Nile University. Imagine how much the economy would have lost. 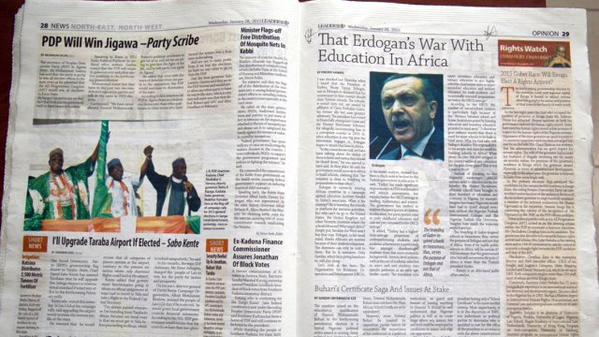