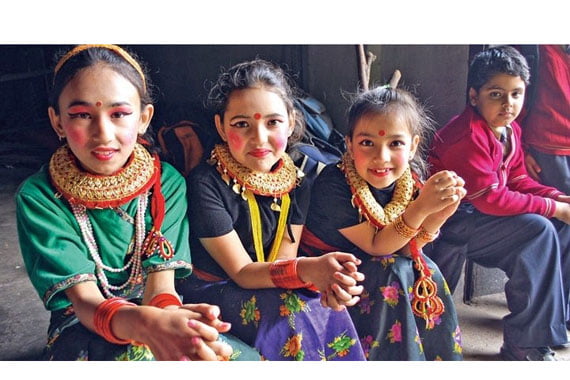 The Turkish school operating in the capital city of Nepal has ranked the second best school among one thousand nationwide. Noted for its academic staff and students’ performance, the school is now establishing a new campus in order to be able to meet the growing demand.

Active in the capital city, Kathmandu, of the South Asian country, Nepal, since 2002, Meridian Turkish School has been riding high ever since. Having started its first academic year with about 100 students, the school has now reached a population of 1,400.

The school has recently ranked the second best nationwide. Additionally, one of its teachers has ranked the best teacher of Nepal. “The students are admitted at the age of three. They must reach a certain proficiency by grade 1. Currently, we offer education through grade 10,” Meridian Turkish School vice-principal Ibrahim Tomakin said.

Noting that the school has a diverse population of parents, “Deputies and military officials are sending their children to our school. Currently, we employ 104 teachers, one of whom – the Environment and Health teacher Dinesh Neupani- got the first place at the School Leaving Certificate exam. And our student Gaurav Pandey ranked the fifth nationwide” Tomakin further said.

Though recently founded, the school, which plays a critical role in fostering economic ties between Turkey and Nepal, frequently distinguishes itself and is therefore growingly demanded. In order to meet the demand, the school is gearing up for a new larger campus.

Turkey’s Ministry of Foreign Affairs Ahmet Davutoglu had previously visited the school in 2011. “I have been to Nepal for the first time in 1983. If someone had told me back then “A school, where the students will be speaking Turkish, singing the Turkish national anthem and songs, will be founded in Katmandu, I would say: That can happen only in a dream. But here today, I can see that dream has come true thanks to the great efforts by Turkish teachers. Many thanks to all” Davutoglu had remarked.