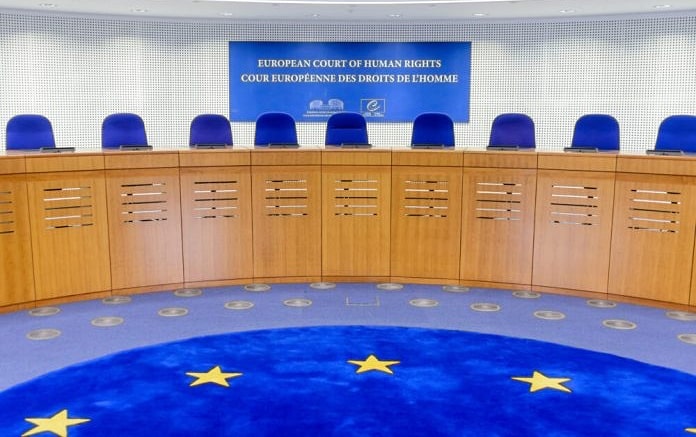 ECtHR said Bulgaria was in breach of Article 3 (prohibition of inhuman and degrading treatment) and Article 13 (right to an effective remedy) of the European Convention on Human Rights and ordered the payment of 15,000 euros in non-pecuniary damages to the applicant, D, whose name was not revealed.

Judgment D v. Bulgaria – Immediate removal of a Turkish journalist to Turkey, without examining his asylum request and the risk of ill-treatmenthttps://t.co/HTXzjR2kbp#ECHR #CEDH #ECHRpress

The ECtHR held that the Bulgarian authorities did not examine D’s application for international protection despite the fact that he said he might face ill-treatment if he were deported to Turkey.

Based on the statements included in the court’s ruling, D was a journalist for the Zaman daily and Cihan news agency, part of the Feza Media Group. The group was seized by the government on March 4, 2016 over its alleged affiliation with the Gülen movement, to be subsequently closed down with an emergency decree-law issued after a failed coup on July 15, 2016.

D said he left Turkey in the aftermath of the abortive putsch, at a time when a range of measures were being taken against media outlets and journalists, including dismissal, arrest, detention and confiscation of passports. He then crossed the border between Turkey and Bulgaria hidden in a truck with eight other passengers — six Turkish and two Syrian nationals.

They were detained at a Bulgarian border police station and sought asylum, citing fear of persecution in Turkey. But the Bulgarian authorities did not examine their cases. On October 15, 2016, at about 5:30 a.m., D was handcuffed and taken with the six other Turkish passengers to the Kapitan Andreevo border post, where they were handed over to the Turkish authorities.

D was immediately jailed in Turkey and was convicted of membership in a terrorist organization and sentenced to seven years, six months’ imprisonment. He is currently incarcerated in Kocaeli’s Kandıra Prison.

Turkish President Recep Tayyip Erdoğan has been targeting followers of the Gülen movement, a faith-based group inspired by Turkish cleric Fethullah Gülen, since the corruption investigations of December 17-25, 2013, which implicated then-Prime Minister Erdoğan, his family members and his inner circle.

Dismissing the investigations as a Gülenist coup and conspiracy against his government, Erdoğan designated the movement as a terrorist organization and began to target its members. He locked up thousands including many prosecutors, judges and police officers involved in the investigation as well as journalists who reported on them.

Erdoğan intensified the crackdown on the movement following the coup attempt on July 15, 2016 that he accused Gülen of masterminding. Gülen and the movement strongly deny involvement in the abortive putsch or any terrorist activity.

Turkey is one of the world’s biggest jailers of professional journalists and ranked 153rd among 180 countries in terms of press freedom, according to Reporters Without Borders (RSF).

According to the Stockholm Center for Freedom’s “Jailed and Wanted Journalists in Turkey” database, 173 journalists are behind bars in Turkey and 167 are wanted and either in exile or at large.