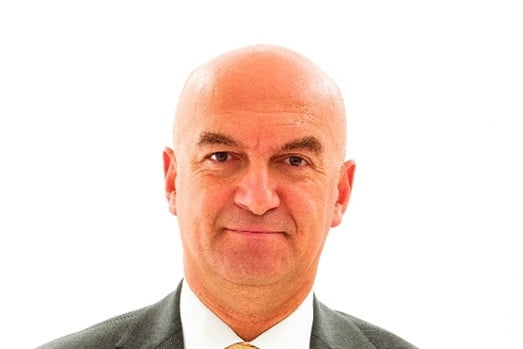 “…notes with concern that most media are owned by and concentrated in large conglomerates with a wide range of business interests ; reiterates its call for the adoption of a new media law addressing, inter alia, the issues of independence, ownership and administrative control…”

The excerpt is from the European Parliament Resolution on Turkey, adopted yesterday. It comes as follows a series of concerns and notes on the legal restrictions of Turkish laws and widely applied self-censorship.

I am relieved that the awareness on the root causes of immense problems that concern Turkey’s media has now started to reach the important corners of the world. It feels like progress, in the name of truth.

It finally succeeded in ringing strong alarm bells with the help of the Hasan Cemal/Milliyet case, and the arbitrary sacking of another respected colleague, Amberin Zaman, from daily Habertürk. These types of things have happened before, and more are to come, for certain. As Turkey’s grave issues with media have piled up, with prosecutions and punitive measures on professional conduct and public dissent, I have together with a handful of colleagues consistently argued the following:

“Do not make believe that the unjustified jailing of some journalists — such as Nedim Şener and Ahmet Şık – or many Kurdish activist/editors-reporters — is the only issue which should concern us. Implementation of laws, such as the Anti-Terror Act, is only the tip of the iceberg. Below the surface, there are a huge amount of issues concerning media independence, which is at least as important as freedom, because lack of it means lack of freedom. We should develop therefore a holistic view, which exposes the root causes of the gangrene that has been eating up the so-called “big media,” controlled by moguls who are also involved in other big business besides media.” Today, they control over 80 percent of the sector.

The problem with some colleagues was that for them the political animosity and ideological allergy towards the Justice and Development Party (AKP) had a much higher, defining priority than the overall problems strangling free and independent journalism: they seemed to be much more engaged in writing about the legal cases about their employer’s tax evasion than the question why those very moguls had chased out trade unions from their media outlets and why there was virtually no independent coverage of corruption or no investigative journalism in Turkey since early nineties.

Two linked events came to prove my point. Not even the editor of Milliyet could conceal the fact that he was forced by the proprietor to sack a veteran colleague, Cemal, because he was discussing journalism in his column, and days after Prime Minister Recep Tayyip Erdoğan revealed that the very proprietor, Erdoğan Demirören, had asked him (earlier) who to appoint as the editor for Milliyet, which he had purchased.

For those who remained unconvinced, there needed to come a direct statement by President Abdullah Gül, shaming the proprietors for submission to powers. “You shall resist, my fellow!” he said recently, in an unusually angry mood.

As well as the media chapter on EU’s Turkey Report, the manifesto of freedom by the influential Writers and Journalists’ Foundation (JWF) could not have been more timely. It is obvious that a tipping point in democratic patience has been reached, and a correct, bold diagnosis, naming the root causes, was detailed in the manifesto.

The sheer fact that there were only a very few newspapers and TV channels that “dared” cover the JWF statement is a powerful enough confirmation in itself as to what really are the real problems with the media freedom, and independence, of today’s Turkey.

“Political agents’ oppression of the media and media owners’ collaboration in this oppression, prioritizing their commercial interests or using their power as means for blackmail, represent an intervention in freedom of the press. Journalists need to take a stance against such pressures, defending the honor and principles of their profession,” reads the statement. “The commercial affairs and governmental affairs of media owners should not restrict of freedom of the press.”

Let us repeat again: unless the owners do not stand in defense of media freedom, and keep obeying powers and greed, Turkish media will never be free, nor independent.

No matter how many colleagues one releases from prison.