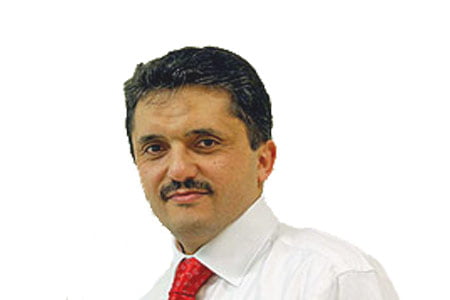 I would like to make an addition to a famous statement made by Sakallı Celal, “Such extensive ignorance is possible only by education.”Prejudice should also be included in the preceding remark because Fethullah Gülen, who is the main subject matter in the book “Strategic Defamation of Fethullah Gülen: English vs. Turkish” that I will discuss in this column, is victimized by the prejudices of some people who call themselves intellectuals and, unfortunately, he has been subjected to hatred and enmity as well as competition and jealousy caused by these prejudices.

Who are they? They are members of a group of people who are trying to become Westerners even though they are actually Easterners. These figures have appeared sometimes as bureaucrats, sometimes as businessmen, members of the media and sometimes as politicians. And it seems that there will be more in the future as well. In other words, let me quote from Hilmi Yavuz: “They are not Westerners but trying to be Westerners.” They are members of a group approaching their own people from a Western perspective. From this angle, they cannot be considered Western; instead, they are Orientalists, referring to the approach employed by Westerners towards the East. We could call them domestic Orientalists. They have no knowledge of Islam; and for this reason they are extremely distant to religion or religious elements. With some modifications in the famous statement by Celal, we may say: “These are people who suppose that they are becoming Westerners by running westward in a ship heading east.”

Let us not make the issue personal, but in the final analysis, those who make these accusations and tell these lies are flesh-and-blood human beings. This is why it is inevitable to speak of real persons. Those who fall into this category have been strongly opposed to Gülen and the volunteerism-based movement inspired by him. Of course, they have the right to criticize Gülen and the movement and those who subscribe to the principles of this movement; it is even their duty. However, when the criticisms go beyond the limits of acceptable boundaries and a standard critical approach and become slander, accusation and lies, it will become impossible in good faith and with sincerity to explain them away. These people assume it is their responsibility to do whatever they have been doing, and based on this assumption they will do whatever they can to defame the movement. If we regard the establishment of the Journalists and Writers Foundation in 1994 as a starting point where Gülen and the movement became public, there is no doubt that there is a group of people dedicated to holding systematic slander campaigns based on lies since then.

The question of why they are doing this and the answer to this question is a whole different story, but that it has occurred is genuine reality. In his book “Strategic Defamation of Fethullah Gülen: English vs. Turkish,” Doğan Koç proves this by relying on strong evidence. He analyzes materials in both Turkish and English used in the lies, slander and accusations to prove the contradictions in the statements and arguments of those who made the defamatory remarks.

Koç has done the following: He analyzed about 450 books, articles, news reports and Internet posts in Turkish and English defaming Gülen and the Hizmet movement, and created a database of his research. Subsequently, he conducted a comparative analysis based on the findings recorded in his database. His findings suggest that these publications describe Gülen as a CIA agent, a Vatican puppet, the Ayatollah Khomeini of the US, a Shariah supporter seeking to destroy the secular state in Turkey in order to create an Islamist state in its place, a person seeking to revive the caliphate and a new Ottoman Empire, a representative of the Greater Middle East Project in Turkey and an extreme nationalist with links to Zionists.

As evidenced by the findings I briefly described, there is a great contradiction. Those who criticize Gülen argue that he is a pro-Shariah Muslim, but he is also a hidden cardinal, extreme nationalist or an agent at the same time. It is possible to predict the arguments by considering the target readers of the various publications. For instance, in defamatory statements made in Turkish, Gülen is accused of being an American/CIA agent, a secret cardinal and a Zionist puppet, whereas he is described as a radical Islamist, a second Khomeini or a person who is trying to revive the Ottoman Empire and caliphate in English language publications. In conclusion, in the absence of principles focusing on religious and human worth, there is a situation of unfair and unjust treatment.

In his book, Koç underlines a number of other crucial points. The first of these is the timing of the defamatory statements. He points to the possibility that the slanderous accusations, obviously coordinated and orchestrated in a single center since 2009, are relevant to the Ergenekon trial and investigation. The fact that the slander has become harsher and more frequent supports the argument that they are related to the Ergenekon case. The second of these points is that those who slander the movement and Gülen use the same tactics and share a common aim.

I believe that the book, published by the University Press of America, will be of great help to people from all backgrounds trying to understand Gülen and the Hizmet movement from a different perspective. I heard that the Turkish translation of the book is currently being prepared. There is no doubt that this is a useful piece of work for readers who are eager to look at what is happening from a different angle, one that is needed in discussion circles. I particularly believe that those who are consumed with and waste their time with the daily news agenda in Turkey strongly need to read this.

* Dr. Ahmet Kurucan is a theologian.