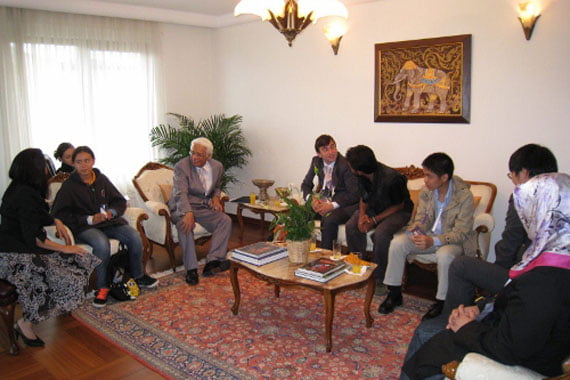 On 7th June 2012 at 11.30 hrs., Mr. Yusuf Can Bektaş, the Principal of Elementary School of Pan-Asia International School led a delegation of three Thai students from Turkish schools in Thailand participating in the 10th International Turkish Olympiad in Turkey, including Mr. Sirapat Benjachaya, Ms. Sirineya Viseur and Mr. Anif Hayeenawhere, to pay a courtesy call on H.E. Mr. Rathakit Manathat, Ambassador of the Kingdom of Thailand to the Republic of Turkey at the ambassador’s residence.

The International Turkish Olympiad was first held in 2003 with the objective of enhancing the use of the Turkish language around the world, encouraging foreign students to study Turkish as a foreign language, and providing a cultural exchange opportunity to the youth around the world. While the number of participating countries of the first Olympiad was only 17, there are 135 countries and approximately 1,500 students participating in the 10th Turkish International Olympiad. There are various categories of contests, e.g. grammar contest, speaking contest, writing contest, reading contest, song contest, poetry reading contest, country exhibition contest, etc. 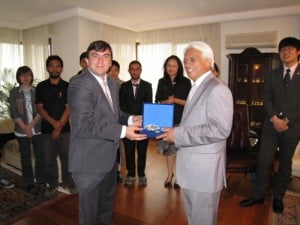