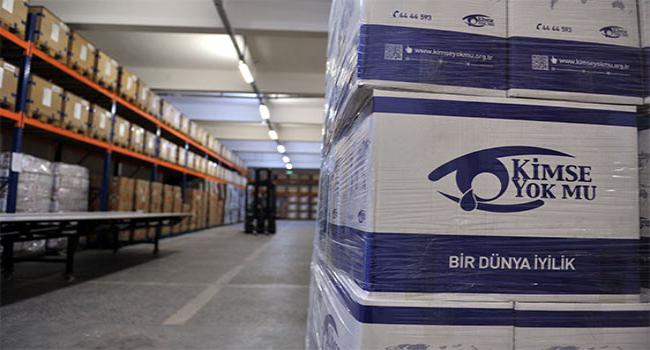 Istanbul Institute and Fatih University, Istanbul, jointly held a panel entitled “Future of Palestine after Arab Spring in the Middle East.” The final session in the panel featured the humanitarian aid efforts in Palestine. Kimse Yok Mu (KYM) vice-president Levent Eyupoglu briefed the participants on the foundation’s Palestine efforts. He said Palestine is among the top 10 places KYM has been assisting most. “Kimse Yok Mu Foundation has provided 11,248,000 Turkish Lira worth assistance to Palestinians to date. Over 3/4 of this amount has been given away in the form of food. With the launch of the local chapter in 2013, our foundation has increased its efforts in the region. Total amount in 2014 alone reached over 3 million Turkish Lira.”

“Hundreds of tons of food and medication made it to Gaza”

“We kicked off our work here in 2006 with 23 trucks loaded with food, clothing and hygiene products. In 2009, during the clashes in Gaza, we took 600 tons of food, hygiene products, diapers, medication and many more to the city via Egypt’s Red Crescent going through Rafah Border Crossing. Additionally, 11 truck load of humanitarian aid arrived the region later.

“Clothing donations for 1,000 children and thousands of food aid packages were brought together last year. Initially, 10,000 blankets and clothing for children were distributed in Gaza, while the rest was handed to the Palestinian officials in Istanbul.”

Eyuboglu said the foundation has been also providing school supplies and education assistance in Palestine which has serious problems in education too due to the clashes. “ 31 disabled student received computers as a part of efforts for the disabled in 2011. And in 2014, a digital library in Gaza campus of Alkuds University, one of the largest universities in Palestine, was established. We are currently working on West Bank Orphans’ School to serve 750 orphaned and poor children in need. We predict its construction, costing approximately 10,000,000 TL, to start in 2016. Also, Kimse Yok Mu Health Center will address the urgent medical needs of thousands of local in need besides the orphan. The project, an effort to ease medical needs in Palestine at least a little bit, has a budget of 805,000 TL.

Reha Yeprem, the emcee to the event, also gave a speech. Yeprem said, “I had the opportunity to work with Kimse Yok Mu in many places from Palestine to Soma. There’s not much to say. I know that its efforts are underway across the world. I personally witnessed many of them. I would like to thank whoever is involved.”

Excerpted from the article published [in Turkish] on Haber Aksiyon, May 5, 2015.

ALYSON NEEL, İSTANBUL Turkish charity groups are putting the final touches on preparations to help the less fortunate both in Turkey and across the globe during the Islamic holiday of Eid al-Adha (Feast of the Sacrifice), which begins on Nov. 6. It is that time of year again in Turkey, as aid organizations such as […]