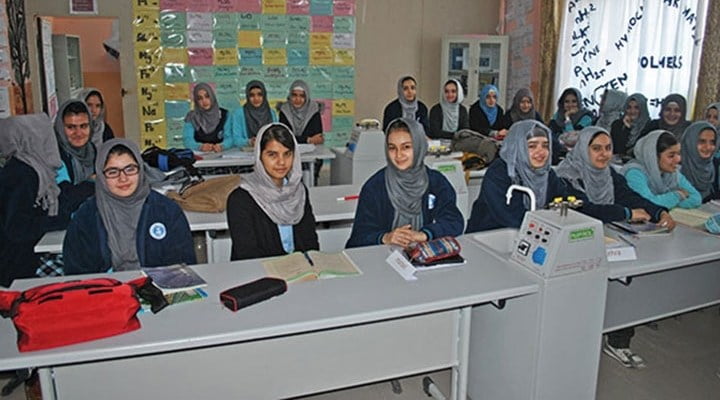 Afghan Deputy Education Minister Shafiq Samim has said Turkish schools in Afghanistan remained open even during the country’s hardest times and that the schools will continue their work in the country in the future.

Speaking with Today’s Zaman, Samim mentioned the importance of the Turkish schools in Afghanistan, stating that the country’s social fabric that has been damaged due to violent extremists and radicals for over 30 years is being repaired by Turkish schools across the country and that the government has no intention of closing them down.

Samim said: “Afghanistan has been going through a very difficult period over the last 30 years. Everything has been overturned by the civil war, bringing the state to a near-collapse with internal conflicts. During this period, Turkey has always been with us. They [Turkish volunteers] came and opened Turkish schools. The first Hizmet [the faith-based Hizmet movement]-affiliated school was opened in the country 20 years ago. People in Afghanistan are pleased with these schools. With God’s help, there are now 35 such schools in Afghanistan. The students who receive an education at these schools are often very successful and do extremely well on public exams.”

Highlighting the educational quality of the Turkish schools, Samim said he had attended an educational event in Kabul two days before arriving in İstanbul: “During this event, the students who ranked at the top in public university entrance exams were given awards. For instance, a student from a Turkish school received the highest scores in a public examination in which 200,000 students participated. Turkish schools are a source of honor and happiness in the country. We in the Ministry of Education trust Turkish schools and take pride in them.”

Stating that almost all Afghan children want to study in the Turkish schools, Samim spoke about the recent attempts by the Justice and Development Party (AK Party) government to close the Turkish schools abroad, stating: “We have good relations with Turkey. No one has so far asked us to close the Turkish schools in our country. However, we Afghans know what is beneficial for us. We don’t concern ourselves with the problems that governments have with the people in other countries. However, we also appreciate the Hizmet movement, which showed full support to us even during our hardest times. We will never forget this. We will maintain our support for these schools.”

The faith-based Hizmet movement runs a wide network of schools and more than 2,000 educational establishments in more than 140 countries around the world. These schools aim to provide a quality education to thousands of students and are well known for their achievements in International Science Olympiads.

The attempt to shut down the schools comes at a time when the Hizmet movement is being subjected to a smear campaign by the Turkish government, whose prime minister and many high-level officials are implicated in a sweeping corruption scandal that became public on Dec. 17, 2013.