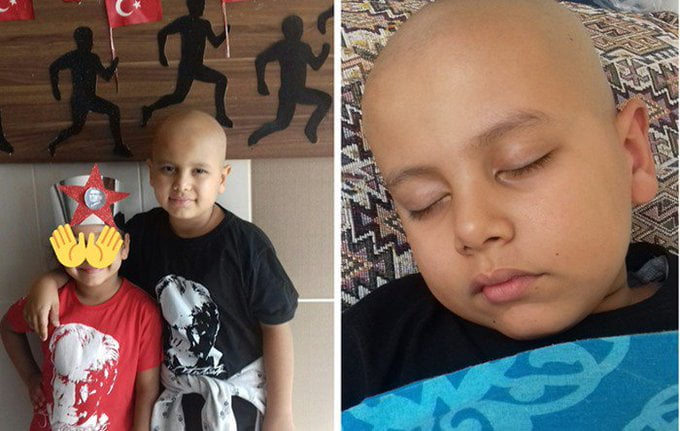 The group is accused by the government of masterminding a coup attempt in 2016.

According to Ömer Faruk Gergerlioğlu, a pro-Kurdish deputy in Turkey, Ahmet’s father has been held in prison for over 19 months on terror and coup charges. His mother was also detained several times over the past month on similar charges.

Ahmet has a stage 4 bone cancer. According to the American Cancer Society, the five-year relative survival rate for the most advanced stage of bone cancer, or osteosarcoma, is only 27 percent. Ahmet’s mother says that scientists at the Immune-Oncological Centre in Cologne (IOZK) may actually have a way to cure her son, if he is given a passport to go to Germany, of course.

Turkey survived a military coup attempt on July 15 that killed over 240 people and wounded more than a thousand others. Immediately after the putsch, the Justice and Development Party (AKP) government along with President Recep Tayyip Erdoğan pinned the blame on the Gülen group, inspired by US-based Turkish Islamic cleric Fethullah Gülen.