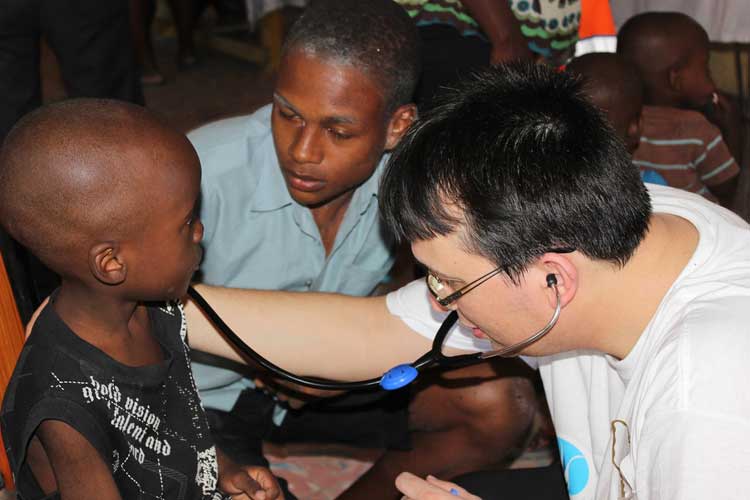 Embrace Relief and White Tulip Health Foundation organized a health screening at an orphanage in Haiti.

On February 21st, Embrace Relief and White Tulip Health Foundation organized a health screening at an orphanage in Haiti. Five volunteer doctors from Massachusetts, New York, and New Jersey donated their time by traveling to Haiti and providing both orphanage residents and nonresidents with basic health screenings. By the end of the weekend, more than 150 people had been examined, including 100 orphaned children.

During this same weekend, both Embrace Relief CEO Osman Dulgeroglu and these volunteer doctors from White Tulip Health Foundation visited the Haitian Ministry of Public Health and Population (MOH). At the MOH, Chief of Staff, Guy Leveille, met with the group and discussed key information regarding Haiti’s disease and health issues and what Embrace Relief and its volunteers can do to help. Amongst the many topics they talked about, the main one that took priority was Embrace Relief’s new hospital in Port Au Prince, Haiti and the services and goods it needed to be successful in the country.