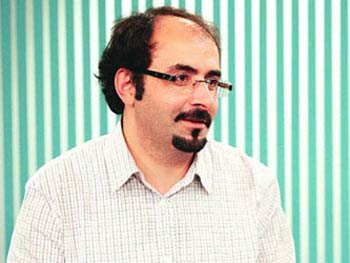 A while ago I was contacted by an informant who warned of a new conspiracy against the Gülen movement. After the failure of the 2009 conspiracy, which was reported to be a plan to plant weapons in Gülen schools to make it appear that the movement is an armed group, the instrument of the conspiracy has changed.

My source informed me that some clandestine figures from the deep state have been working on a project to portray the Gülen movement as having connections with international drug traffickers and international smugglers. According to the conspiracy plan, a well-known authority on organized crime networks was asked to write a book which will be published in coming months. “The book(s) would have accusations against the Gülen movement as being involved in drug trafficking and different forms of smuggling with some members of the Turkish police force who have close ties to the network turning a blind eye to the illegal activities,” the informant said.

The book is said to make arguments stressing the new conspiracy’s accusations. According to the book “the actors in international crime are shifting. Police operations against drug lords in Turkey are related to this. Due to the favoritism of some police officers toward the Gülen movement some of the old drug traffickers are regaining their old power again. The Gülen network is being financed with the funds from smuggling,” the informant said.

Sources close to the police and those close to the Gülen movement vehemently refute even a mere whisper campaign against them; however, given that such an accusation surfaced during the Feb. 28 coup period by a small leftist group who was well-connected to deep state elements, Gülen followers are accustomed to such conspiracies against them. The recently failed conspiracy to portray the Gülen movement as an armed group has made them extra vigilant in particular. One of my sources from the Gülen movement, for instance, told me that the movement has been taking certain precautions against possible conspiracy theories, insisting that the movement needs to be extra careful to this end.

Others close to the Gülen movement have told me that it is unthinkable to accuse them of such illegal activities. But my informant told me, “This is the purpose of the conspiracy; the aim is to create doubt in the minds of Western intellectuals and diplomatic sources about whether the Gülen network is an agent of a new criminal group.”

Given the fact that Gülen network is active from Afghanistan to Africa, Europe to the US and that some people have already started questioning the movement’s financial resources, it is likely that such conspirators formulate such views in order to face the movement off against a dark conspiracy.

In addition, it has also been rumored that some Gülen businessmen are being accused of obtaining funds from unknown sources by rival groups in the capitals of Europe as well as Washington, which also prepares the ground for this conspiracy

Someone close to the Gülen movement told me that the sources of funds are very transparent. “The institutions that have ties to the movement are profitable institutions. In addition, most of their facilities are initially donated by local governments around the world and this is known. What we offer are the programs and the teachers who dedicate their energy and time to teach their students. What those who try to fabricate conspiracies against us do not know is the commitment and willingness of our teachers. Those who know the movement have no doubts in their mind that this movement is not only against terrorism and organized crime but against all kind of criminal activities.”

The conspirators are expected to put forward “witnesses” to support their case, in the form of disgruntled police officers who may have had disagreements with the Gülen movement. Given that I know many in the police well, I do not expect to see any officers come forward and become part of such a conspiracy; however, I also know the power of the deep state when it comes to twisting and manipulating the facts.

All in all, we do not know whether the conspirators achieve their aims, but what we do know at least is that a group of people are working on a conspiracy to cause trouble for the Gülen movement.