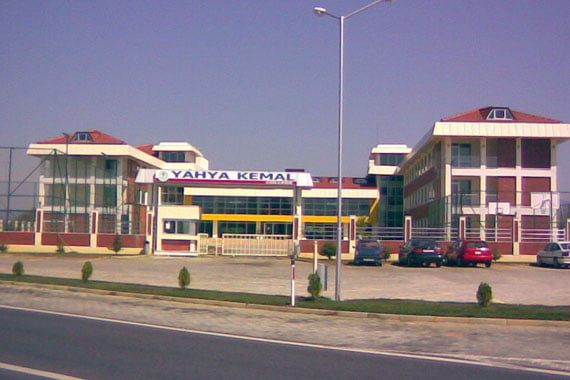 Yahya Kemal College in Macedonia has won a gold medal in an International Mathematics Project Competition.

Fifty-six projects from 21 countries competed in the organization. Muhidini and Elezovich won the gold with their project on Cryptology. Elezovich was awarded with 23,000 euros annual scholarship from German Bremen University. Gostivar Branch Director Head of Yahya Kemal College Mustafa Uzunboy said that the school is proud of the success of their students. Elezovich said that the gold medal is the reward for his studies and hard work over 12 years. Muhidini noted that his family and school played the biggest part in his success.

Kazakhstan Science Organization DARIN organized the competition and it was sponsored by the United Nations Education, Science and Culture Organization (UNESCO) along with Kazakhstan Education Foundation (KATEV).