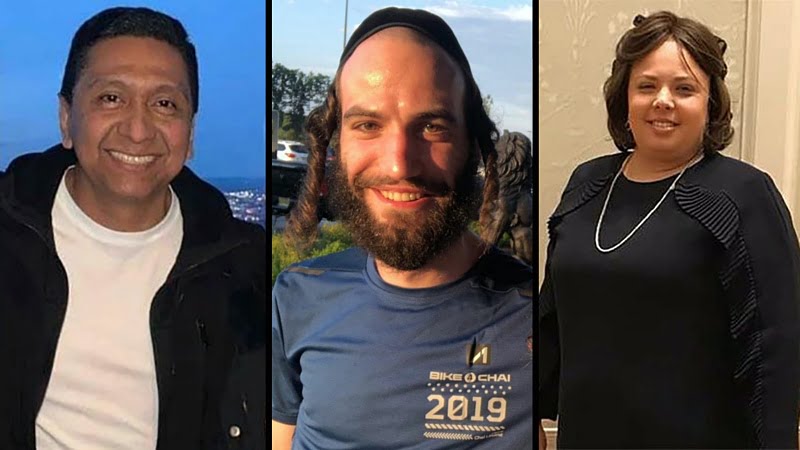 Among those killed on Tuesday were three bystanders who were inside the store when the shootout began - Miguel Douglas Rodriguez, 49, Moshe Deutsch, 24, and Mindel Ferencz, 33.

We received, with sadness and horror, the news of the shooting incident in Jersey City on December 10.

The attack, which the authorities identified as driven by anti-Semitic hate, left a police officer and three civilians dead.

Unfortunately, hate-driven violence has become frequent news in the United States and around the world. Despite the unprecedented advances humanity has made in other areas, it is sad that much work remains to be done to eliminate unjustified fear, anger and hate among fellow human beings, some of whom resort to extreme forms of violence.

An attempt at a single life is an attempt at the sanctity of life and is a threat to all life on the planet. At AFSV, we believe that the recognition of our connections with each other and with all living beings is crucial to preventing toxic divisions. Together with our partners, we are committed to continuing our work on healing fear, anger and hate by nurturing dialogue, mutual understanding and empathy.

We send our sincere condolences to the victims’ families and our hearts go out to all those who were affected.

On this sad occasion, we stand in solidarity with them and declare our condemnation of all forms of violence.

About Alliance for Shared Values
The Alliance for Shared Values (AFSV) is a 501(c)(3) nonprofit that serves as a voice for cultural organizations affiliated with Hizmet, a civil society movement inspired by prominent preacher and peace advocate Fethullah Gülen. The Alliance strives to promote peace and social harmony by helping reduce misinformation and false stereotypes about any or all ethnic, cultural and religious communities. To learn more about the Alliance, please visit www.afsv.org.