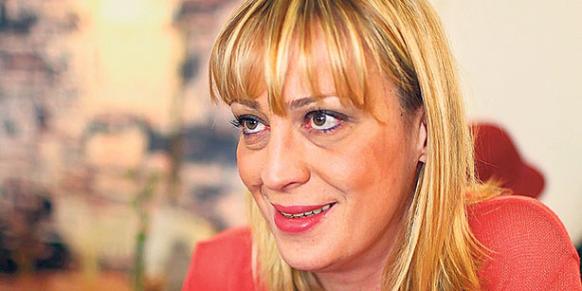 In the wake of increasing pressure on the media in Turkey, it has already became the norm to repress journalists via harsh measures such as lawsuits, criminal complaints, dismissals and — if all the previous tactics do not silence the journalists — charging journalists with terrorist acts and the imperilment of national security. These charges aim to present Turkey as different from countries that restrict freedom of speech and expression. .

The participation of Turkish Prime Minister Ahmet Davutoğlu in the Paris march initiated by world leaders last month to pay tribute to the 12 victims of the attack on French satirical magazine Charlie Hebdo and call for free speech was part of this policy of condemning terrorism and hailing freedom.

The extraordinary Paris march brought together nearly 3.7 million people in silent marches throughout the country, the biggest public demonstration ever in France. The march showed the “righteous” unity of world leaders, some of whom appeared on the Paris streets to show their solidarity with freedom of speech activists all over the world, while they themselves do their utmost to push the same free speech down in their own countries.

“Seeing the prime minister of my country, Ahmet Davutoğlu, among the leaders joining the march to show solidarity with the French people was both an honor and ironic,” Samanyolu Broadcasting Group General Manager Hidayet Karaca, who was arrested after a police operation against independent media outlets in İstanbul on Dec. 14, said in a letter published in leading French newspaper Le Monde on Monday.

For several years now — particularly in 2012 and 2013 — Turkey has been the world’s leading jailer of journalists after China and Iran, holding more than 40 journalists behind bars. According to a 2012 Committee to Protect Journalists (CPJ) report, 30 percent of the journalists were jailed for alleged antigovernment plots, while 70 percent were jailed for involvement with the Kurdistan Communities Union (KCK), an umbrella organization connected to the outlawed Kurdistan Workers’ Party (PKK) in urban areas. Although the number of jailed journalists officially dropped to seven in 2014 due to the acquittals of some journalists and a cease-fire initiated between the Turkish government and the PKK, pressure on journalists in Turkey is still harsh and repressive. Ankara finished 2014 by detaining a number of journalists — including Ekrem Dumanlı, editor-in-chief of Zaman, a leading newspaper affiliated with the moderate Islamic Gülen movement, also known as the Hizmet movement, and Karaca, who is also known for his close links to the Gülen movement. Karaca was arrested on Dec. 19 on suspicion of heading a terrorist group based on a TV series that was broadcast years ago on his television station.

On Dec. 14, 2014, Turkish police announced an investigation into 37 people associated with Islamic scholar Fethullah Gülen’s movement on allegations of establishing, managing and membership in a terrorist organization. A total of 23 people have been detained, including prominent journalists such as Dumanlı and Karaca. The latter is still behind bars.

The media is intimidated, as journalists who attempt to address the government and its high ranking officials — particularly President Recep Tayyip Erdoğan’s controversial policies and extreme rhetoric — are regularly forced to quit their jobs or are detained and jailed over accusations of “being involved in terrorism activities.” The underlying reason the government feels comfortable pressuring journalists and eroding media freedom in Turkey is the highly criticized anti-terrorism law, which has been amended scores of times but still prioritizes the state over individuals.

Journalist and television presenter Sedef Kabaş was one of the Turkish journalists whose voice the government attempted to quash due to her tweets criticizing the government and its handling of a major corruption investigation that became public on Dec. 17, 2013. This investigation has since been called a coup against the Justice and Development Party (AK Party) government by Erdoğan and his loyalists. Having been detained and later released on Dec. 30, Kabaş is now facing a prison sentence of up to five years on charges of “targeting public officials involved in the fight against terrorism.”

While Davutoğlu stood shoulder-to-shoulder with world leaders who chanted against terrorism and called for freedom of speech and expression on Paris streets, Turkish journalists Ceyda Karan and Hikmet Çetinkaya, both columnists for Cumhuriyyet daily — which published excerpts from Charlie Hebdo a week after the attacks — are accused of inciting enmity and hatred through the Charlie Hebdo cartoons published in their columns.

“My aim was to show solidarity with Turkey’s partner country vis-à-vis terrorism, just like the prime minister exhibited solidarity by paying a visit to Paris to support freedom of expression,” Karan was quoted as saying in her testimony by Cumhuriyet daily on Feb. 5. She added that her aim was to stand by non-violent expression in her column.

Most press advocacy groups have categorized Turkey as “not free” in their latest press freedom indices. According to RWB’s press freedom index released on Wednesday, Turkey is ranked 149th out of 180 countries, climbing five places this year, largely because it released most of its journalists under arrest — one of the leading indicators that shape a country’s overall score. The advocacy group, however, said Turkey continues to target dozens of journalists under the anti-terrorism law and that press freedom actually has worsened and is on the decline. In its report issued on Feb. 3, Freedom House stated that Turkey’s government is abusing its leverage over the media to limit public debate about government actions and punish journalists and owners of media outlets who dispute government claims, deepening the country’s political and social polarization. On Monday, CPJ said in a written statement to Davutoğlu that the recent violations, including detentions and imprisonments of journalists in Turkey, are against press freedom and freedom of expression.

In return, Erdoğan reiterated his assertions that while Turkey is expanding its press freedom record, the European states are getting worse in regard to freedom of the press and freedom of expression as well as tolerance of diversity.

“[…] While Europe is failing the test of freedom of press and expression and tolerance of diversity, Turkey, in contrast, is expanding freedoms,” Erdoğan said on Tuesday.