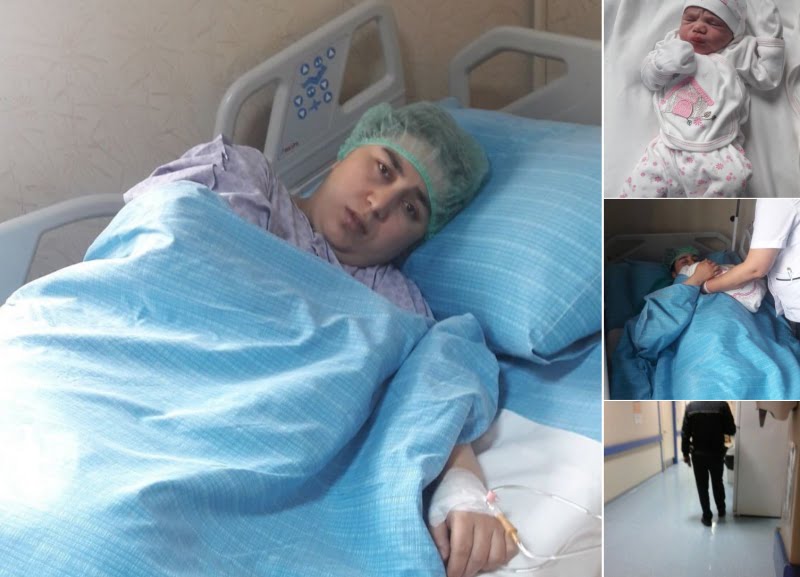 After a controversial coup attempt on July 15, 2016, the unlawful operations reached up to the delivery rooms. Many mothers, who are giving birth, are taken into custody before they hug their babies. This time, the address of the illegal detention at the delivery room is Kahramanmaraş province.

The detentions of women at the delivery room by the Justice and Development Party (AKP) government under the rule of autocratic President Recep Tayyip Erdoğan, continues. It was reported that a detention warrant issued for Şerife Gözükara on Tuesday as part of Turkish government’s massive post-coup witch hunt campaign targeting the alleged members of the Gülen movement. However, Gözükara was at Hayat Hospital for delivery as the warrant was issued for her.

The police reportedly came to hospital and began to watch outside of the delivery room. As Şerife Gözükara gave birth her first baby Tuesday morning, police has continued to wait at the maternity room. According to the information obtained, Gözükara’s delivery for her first baby was after 7 years of her marriage. Instead of having the happiest day Gözükara has experienced a great stress and depression due to the police’s presence at the door of maternity room.

In Turkey, over 700 babies and 17 thousand women were unlawfully kept in the prisons during the state of emergency (OHAL ) period. Stating that the number of children in the 0-6 age group  who are in prison with their mother is at least 668, CHP deputy  Tanrıkulu carried the agenda about the babies in prison to the Parliament.