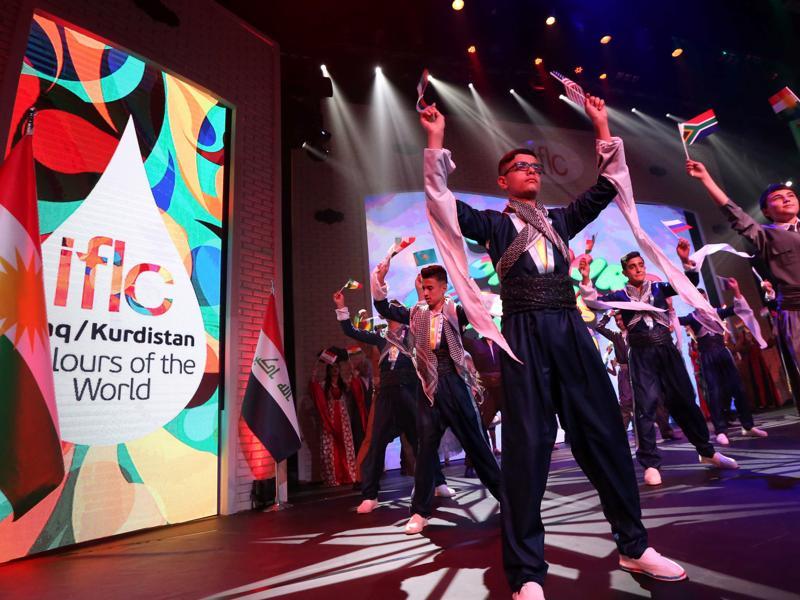 Students perform at a similar event that took place in Iraq, Arbil.PHOTO: AFP

“I am amazed to see the spirit of these young students… in fact, they are the real emissaries of peace, who represents not a country or state, but the entire universe,” said Minority Affairs Minister Najma Heptullah who inaugurated the event.

“Besides, the commitment shown by the Educational Endowment Trust is really a benchmark for other organisations working in this direction,” she added.

“IFLC plants a field of harmony and understanding among the people, no matter from which culture, language, religion you are, but we have so many commonalities to share,” said Educational Endowment Trust president Ersin Karaoglan. “We believe that these ideas will be harvested in the future as friendship,” he added.

IFLC is a global event to facilitate a cordial engagement between young change makers from different parts of the world, and has been organised for the past 14 years to showcase the world’s cultural diversity as well as the talent of young students.IANS

I am amazed to see the spirit of these young students… in fact, they are the real emissaries of peace, who represents not a country or state, but the entire universe

“India is a major player in the construction and textile industries, which are growing rapidly. There are serious opportunities to be found in the realm of precious stones, iron, steel, electrical appliances, fertilizer and chemical products. I highly recommend that Turkish businessmen evaluate these opportunities,” said Meral.