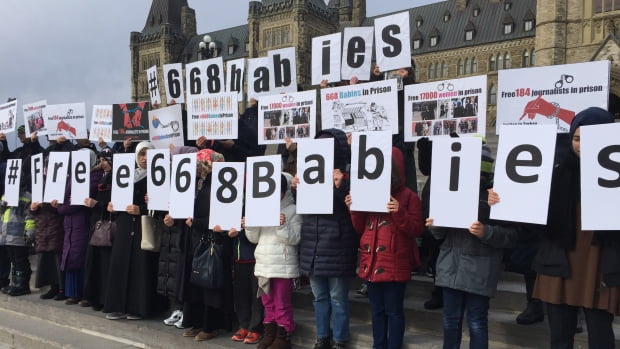 Demonstrators took to Parliament Hill Saturday to protest ongoing human rights violations in Turkey. They say there are more than 600 babies currently detained with their mothers in Turkish prisons. (Kimberley Molina/CBC)

While she came over to Canada in 2001 when she was seven years old, Celik said she still has family in Turkey — and some have been arrested.

“I feel like I’m watching… a horror movie,” she said. “I feel like it’s not real, but it is. And it’s difficult to really appreciate what a different reality it is right now in Turkey than the one that I was used to, which was moving toward democracy and freedom. It’s becoming totally opposite right now.”

The protesters said 17,000 women and 668 babies are currently imprisoned in Turkey without cause.

They were calling on the Turkish government to release those babies and their mothers.

Many of the babies were born in detention centres and haven’t seen the outside of a jail cell, said Vaner Kaplan, who fled Turkey for the United States in 2013 and then made his home in Canada last year.

Kaplan still has family in Turkey and said he’s feeling the weight of knowing that while he escaped, his two brothers and brother-in-law were arrested after he left.

He said he’s afraid to contact his family back home in case it jeopardizes their security. People have been arrested after being in contact with someone who left the country, he said. 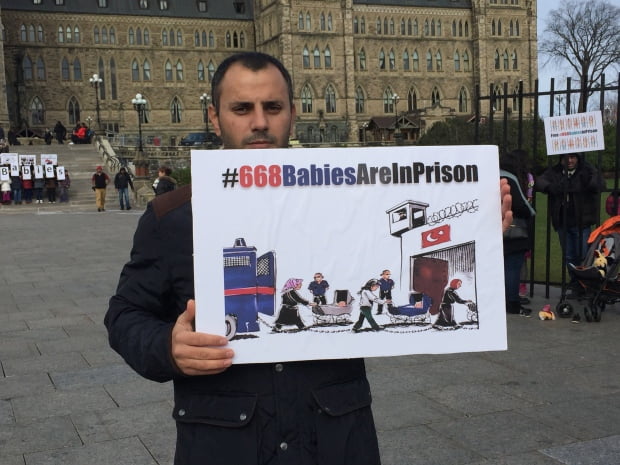 Vaner Kaplan fled Turkey in 2013 before the coup but has two brothers and a brother-in-law who have been arrested and detained in Turkish prisons. (Kimberley Molina/CBC)

The Turkish government cracked down on its population, including civil servants, after an attempted coup in July 2016.

More than 240 people were killed on the night of July 15, 2016, when putschists commandeered tanks, warplanes and helicopters, attacking parliament and attempting to overthrow the government.

Since then, people accused of supporting the Fethullah Gülen movement have been arrested and detained, according to Amnesty International.

Turkey has blamed the coup on the movement led by U.S.-based cleric Fethullah Gulen, whose followers are accused of infiltrating the military and other state institutions. Gulen denies the charges.

Within a year of the attempted coup, more than 47,000 people were detained and 100,000 civil servants let go from their positions, Amnesty International has said.

The government of President Recep Tayyip Erdogan has also been accused of implementing authoritarian policies. 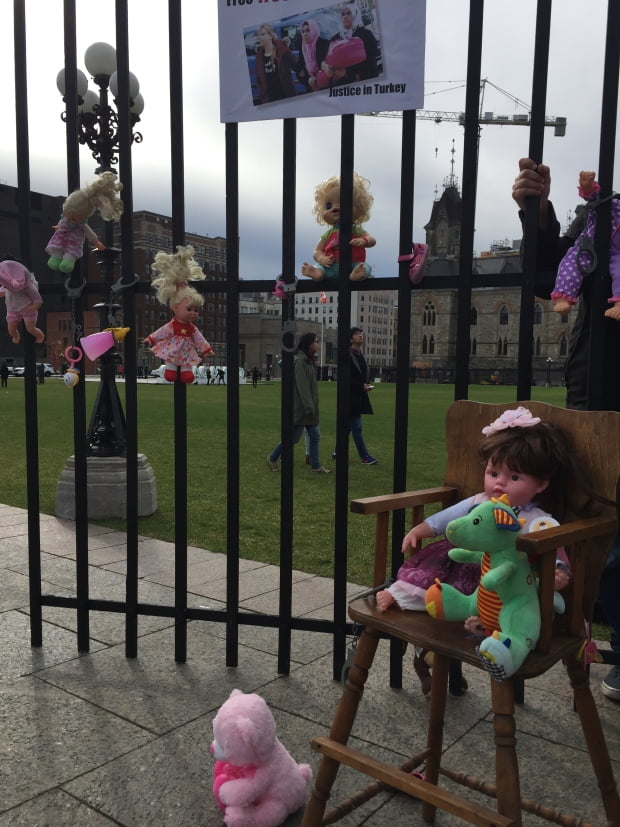 Jail bars and dolls were set up on Parliament Hill at Saturday’s protest. Protesters say there are babies in Turkey who have been born to mothers being detained behind bars — and have consequently never seen the outside world. (Kimberley Molina/CBC)

People are being arrested without being told what they’re charged with or receiving access to a lawyer, Kaplan said.

“Even as an immediate relative, you have no chance to learn in what city and in what jail they’ve been jailed or imprisoned. So you can not track where your relatives are,” he said.

Saturday’s protesters called on the Canadian government to put pressure on Turkey to stop arresting its own citizens and to speak out about the injustices happening there.

Kaplan also wants the federal government to assist the families of people who fled Turkey.

“Every single day they are in danger, and they should get out [of] Turkey,” he said. 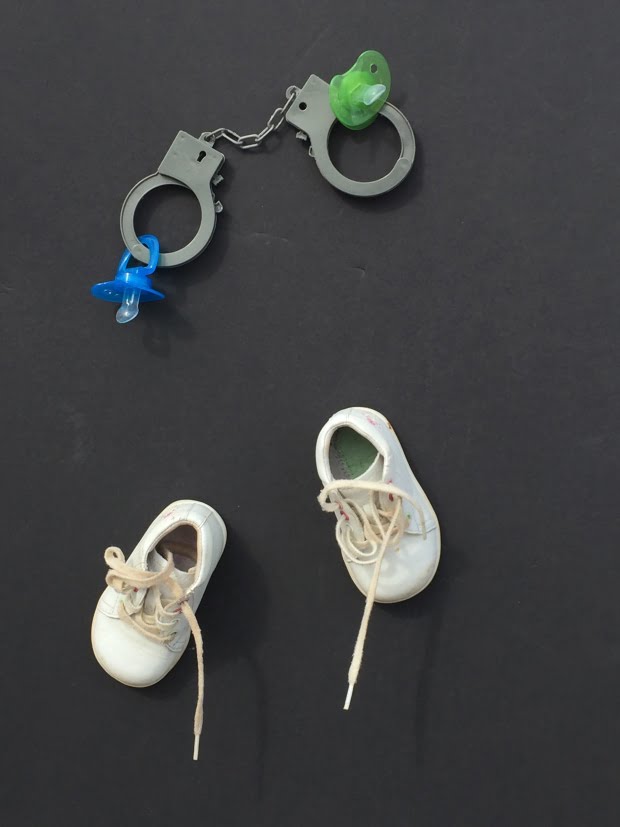