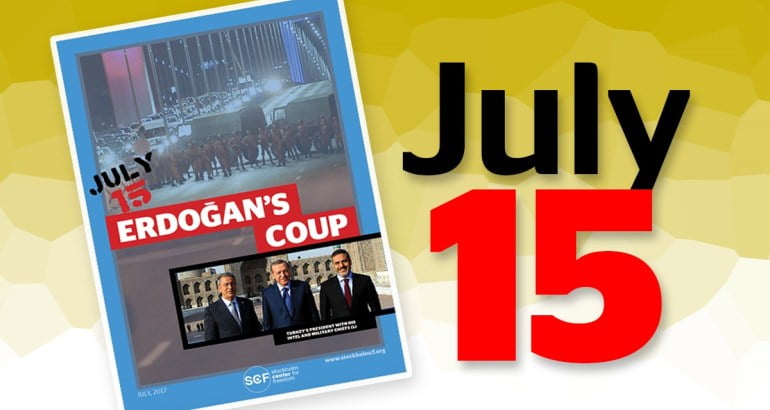 Stockholm Center for Freedom (SCF) has published an updated version of last week’s damning report on Turkey’s failed coup bid that confirmed long-held suspicions of the putsch being staged by the country’s autocratic president in order for him to grab more powers, set up his critics for mass persecution and push a military incursion into Syria.

The 185 pages report, originally published in Turkish and blocked from access by Turkish government, is further expanded with fresh evidence in English edition.

The report uncovered a critical information that the plot was actually kicked off on July 11 with secret orders given by generals who corroborated with Turkey’s autocratic President Recep Tayyip Erdogan’s defense and intelligence chiefs in disguising the plan as unconventional action plan. Only a handful men were let into the secret plot while many were led to believe a drill or an urgent response to a terror threat is underway.

Based on publicly available data, the coup indictments, testimonials in court trials, private interviews, reviews of military expert opinions and other evidence collected by its researchers,

SCF has concluded that the events of July 15, 2016, did not even qualify a coup attempt in any sense of military mobilization which was unusually limited in numbers, confined in few cities, and poorly managed.

“The evidence collected so far clearly suggests that the coup bid was concocted by Erdoğan and his thugs to destroy the last remnants of Turkish democracy, do away with the rule of law altogether and suspend the fundamental freedoms,” said Abdullah Bozkurt, the President of SCF.

“Erdoğan appears to have tapped on widely circulated coup rumors in Turkish capital and staged own show to steal wind and set up his opposition for a mass persecution,” he added.

Erdoğan appears determined to remain in power at any cost including the loss of civilian lives. He skillfully exploited the aftermath of the July 15 plot by securing imperial presidency in a rigged referendum, consolidating his gains further, stifling the opposition and even launching cross border military incursion into Syria for which he had been itching for too long.

No wonder why he immediately called the attempt as “a gift from God” as he frantically tried to pin the blame to the Gülen movement aided and abetted by Turkey’s long-time allies and partners.

Here are some of the excerpts from the report: