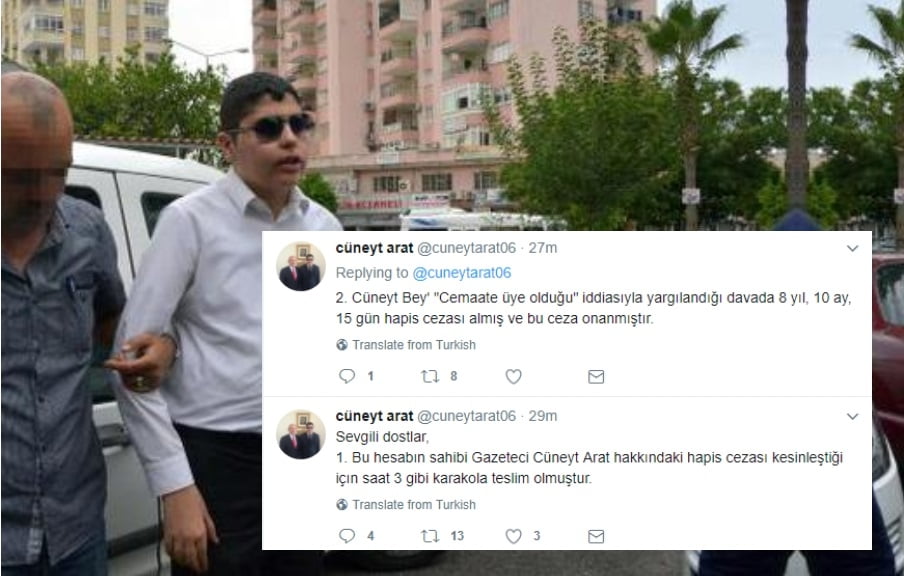 Visually impaired Turkish journalist Cüneyt Arat was sent to prison late on Monday due to his alleged links to the Gülen movement, which the Turkish government accuses of masterminding a coup attempt on July 15, 2016.

According to several tweets posted by a friend of the disabled journalist, when Arat learned that a prison sentence that was handed down on Feb. 22, approved by an upper court on Sunday, he turned himself in to the police later the same day.

Arat was sentenced on Feb. 22 to 6 years 3 months in prison due to his alleged links to the Gülen movement. He was also given one year, 10 months and 15 days jail time for promoting a “terrorist” organization.

“I was given 6 years, 3 months over movement membership. I was also given 1 year, 10months and 15 days for [Gülen] propaganda. I am acquitted of coup involvement accusations.” Arat said in tweets he posted in February.

In a related case, Arat was also arrested on July 21, 2016, for social media posts that allegedly praise the Gülen movement. The disabled journalist has been under house arrest wearing an electronic ankle bracelet since then.