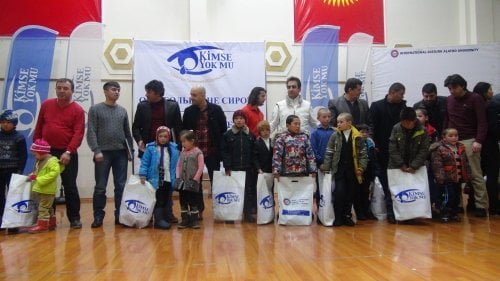 They danced along the songs, watched cartoons as they were joined by cartoon characters and participated in a contest. At the end of the event, the foundation volunteers handed the orphan winter boots. The foundation had earlier built a orphanage in the country.

Published [in Turkish] on Cihan.