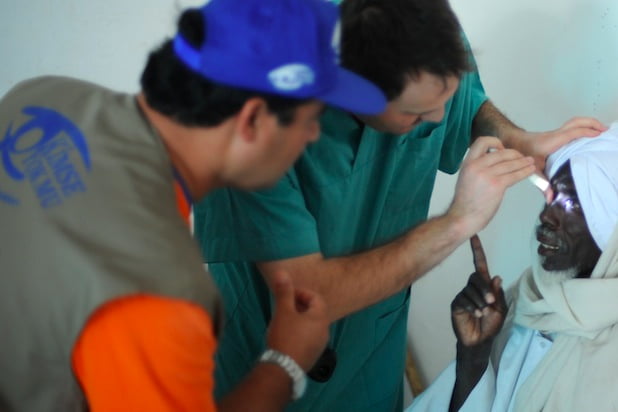 Kimse Yok Mu has launched four different donation campaigns along with alternative featured gift options for those looking for a meaningful gift on Valentine’s Day. According to Kimse Yok Mu press release, the charity foundation, which has a bright record of life-saving campaigns, expanded its scope including couples admirably wishing to give a unique and meaningful gift on Valentine’s Day.

Through these campaigns, donors will be able to sponsor a community water well bearing their love’s name in drought-stricken African countries or bring light to a blind’s eyes. Alternatively, they can share and spread their love with a specially-designed certificate in honor of their love in return for providing a scholarship or uplifting an orphan. In addition to the certificate, donors will be presented a goodwill journal as well.

Having reached out to 12 thousand cataract patients through the previous campaigns to date, Kimse Yok Mu is now set to boost the number with the helping hands of “lovers.” Through the first donation option, a cataract patient will receive proper examination and surgery with a donation of $100. The second campaign is “Scholarship for a student,” which targets students in need by providing scholarship equivalent of 200 Turkish Lira. Another way to donate is through 360 dollars for orphans in 16 countries including Somali and Sudan. Donations on behalf of the loved ones will cheer up orphans around the world and therefore serve a meaningful purpose. Last but not least, drought-stricken African settlements will be relieved with sustainable and hygienic water supply. Donors will engrave their loves on a water well in any African country they wish by donating 3,000 dollars.

Donations will be accepted through February 12 evening on “onlinebagis.kimseyokmu.org.tr”. Donors are required to indicate “Sevgi” (love) in memo when filling out the form. Donors will receive a certificate of appreciation and goodwill journal in return for their support. Detailed information on other donation methods is also available on ”www.kimseyokmu.org.tr”

Kimse Yok Mu’s announcement in Turkish may be reached here.