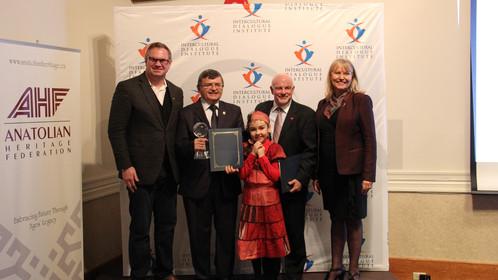 The general manager of Kimse Yok Mu Metin Cetiner received the award on behalf of his foundation from Steve Young. Presenting the award, Young said, “I’ve been watching very closely the projects you are bringing into life to the benefit of humanity. And I would like to thank you for your solution-oriented and sustainable works.”

Next, Cetiner said, “Kimse Yok Mu Foundation is an NGO that has been known particularly for its innovative approach, its effective and sustainable aid efforts and independence. Also, being a transparent and progressive one, it’s now among the top 100 NGOs of the world. The award we’ve received today is yet another affirmation of that. As KYM, we are determined to continue our projects addressing the needs of the humanity.”

CAVANŞIR GADIMOV, İSTANBUL Turkish civil society organizations active in Somalia show marked differences with their Western counterparts, as the former donate directly to Somalia rather than through international bodies and have a presence in the country for no other purpose than helping “their brothers and sisters in Somalia,” the country’s minister for human development and […]