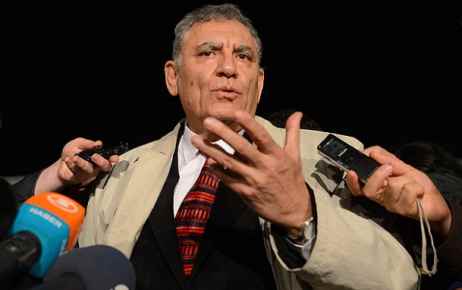 What are the basic principles of the Gülen Movement?

The answer to this question cannot be separated from the fact that Gülen is a man of religion. Gülen has committed his life to understanding the principles of religion, commenting on it, and sharing his religious teachings with others. In order to understand what he says and does, it is necessary to keep this perspective. Misguided people try to seek out things in Gülen and his movement, which are not present, from political ambitions to material gains. The person who tries the hardest to correct these misconceptions and who is the most offended by them is Gülen himself.

When his discourse and actions are observed over an extended time period, the obvious conclusion is that Gülen’s aim is to reconcile tradition with modernity. According to him, a healthy modern society has three attributes:

The solidi­fying force to all three is the strength of the society’s democracy. These concepts are realized in the form of investment and entrepreneurship and make the improvement of the market economy possible. Additional­ly, ethics and solidarity maintain societal stability. This last attribute implies that those who trust each other and resist social degeneration both increase their individual capacities for work and self-development, and also elevate the quality of life of the society as a whole.

The basic characteristics of Gülen differentiate him from other theologians and opinion leaders. What is the source of this difference? First of all, Gülen was influenced greatly by Sufi teachings and tradition. This influence can be seen not only in his religious interpretations, but also in his general Sufi lifestyle.

His general conduct is modest. He does not consider himself superior to anybody else, and he holds tolerance in the highest regard. The way that these values reveal themselves in his personal conduct are that Gülen listens carefully to others before he begins to speak. He is also in general a very bashful person. His bashfulness is sometimes misinter­preted as secrecy. In his eyes, there is still so much to be learned and there is so much mystery in the world, and this posture of his reflects his respect as well as his astonishment.

Another attribute of Sufism is that the individual takes it upon him­self as a responsibility to be a virtuous and perfect human being. An ideal person feels responsibility for society as much as he does for him­self. He wants for others what he wants for himself. Gülen places this responsibility in the center of his conception of religion. According to him, a Muslim is a social being and to the extent that he has spiritual depth, he allows the wellbeing of others to factor into his decision-making. This sense of devotion to others is the foundation of his understand­ing of ethical conduct.

Gülen’s teachings also have a constant national undercurrent. He exhorts his followers to strengthen their nation, to open up to other humans and to embrace the larger family of humanity. Gülen proposes three spiritual devices in this matter:

It is not an accident that the Ottomans spread across huge territory, embraced many groups from different religions and cultures, and were able to maintain their internal peace. The fact that there was no discrim­ination among the groups in its domain played a great role in this achieve­ment. It is likely that the Gülen Movement with its numerous schools worldwide has derived lessons from the experience of the Ottomans. The followers of the Gülen Movement refer to this as the “line of Rumi and Yasawi,” i.e. unconditional love, and view this perspective as a gift from the Turks to the world.

The ventures of the movement allow for relationships and dialogs to develop within the full spectrum of cultural circles. This dynamic of dia­log between faiths and civilizations is critical. The Gülen Movement takes extra care not to lose this perspective. This is essential to Gülen’s core beliefs, and his followers hold the same opinion.

According to Gülen, in the essence of all divine religions based on revelation lies the hope of reaching the absolute truth. In the Gülen Move­ment, this offer is more than an abstract promise. In all the actions and initiatives of the movement, there is the intention of turning this ideal into an active program. For that reason, as much as there is sacrifice and altruism in Gülen’s faith and worldview, there is sacrifice and altruism in the movement. Empathy is one of the most important principles of the Gülen philosophy and expected from his followers. The ability to embrace others indiscriminately makes the individual closer to God, as well as making him closer to the human ideal. For this reason, this call is a duty that religion imposes on him. This is what Gülen refers to as “metaphysi­cal tension,” or “spiritual alertness” (in Turkish, metafizik gerilim). As the individual performs his action with this tension, he can approach the human ideal. Closeness to the ideal diminishes this tension and the individual reproduces himself as a per­fect person in the process.

If empathy were not the fundamental principle of the movement, its members would not be willing or able to carry their message to the far­thest corners of the world. They would not be able to communicate with people whose ethnicities, religions, and nationalities are so diverse and different from their own. Such sacrifices are found only in a strong belief. Gülen knows this very well and uses his religious interpretations to fos­ter a mentality that produces a synergy between social work and spiri­tual development.

He returned to Turkey to teach first at the Middle East Technical University and later at the Ankara University. He became a full professor and the chairperson of the Department of Political Behavior at the Faculty of Political Science of the latter University.

Dr. Ergil wrote twenty-two books, many of which in Turkish. He has contributed many book chapters and articles in many countries and prestigious international journals.

He has been awarded with British Council Fellowship that enabled him to be a visiting Professor at the London School of Economics, the Fulbright Fellowship that gave him the chance of being a visiting scholar at the School of Advanced International Studies (Washington DC). Additionally he was awarded with research fellowships by the Winston Foundation for World Peace and later twice (1999-2000 and 2005-2006) by the National Endowment for Democracy (Reagan-Fascell Democracy Fellowship). The New School for Social Research University in New York has also honored him with the renowned “University in Exile” democracy and human rights award in 2000.